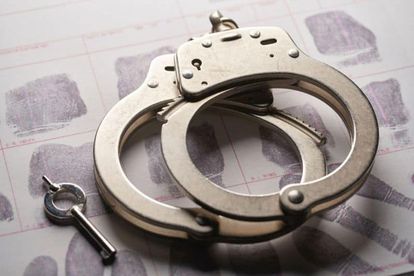 The former acting head of the Mpumalanga Education Department has been arrested on Friday 25 February.

ALL ROLE PLAYERS TO BE BROUGHT TO BOOK

This after the department’s former acting head of department, Jabulani Nkosi, was arrested and charged with contravention of the Public Finance Management Act during PPE procurement, valued at some R21 million.

“Nkosi was arrested on Friday. He appeared at the Nelspruit Magistrate Court and was released on R10 000 bail. The matter was remanded to 20 April 2022 for further investigation.

“Nkosi was seconded from the Mpumalanga Department of Health to the position of the accounting officer, and he has since returned to his position as chief director in the [provincial] Health Department,” said Kganyago.

Kganyago said the corruption-busting unit would apply to the Special Tribunal to have the PPE tender set aside and reviewed, and to “recover financial losses suffered by the State and the Education Department”.

“The SIU is working closely with the [National Prosecuting Authority] and Hawks in this regard, and will continue to work together to ensure that all role players identified through SIU investigations in the alleged crimes in the Education Department are held accountable for their actions,” he said. –

On Sunday Defence and Military Veterans Minister, Thandi Modise said law enforcement agencies were turning the screws on fraud and corruption in the country.

“Despite the challenges, including those caused by the COVID-19 pandemic, members of the public will have seen that the wheels of justice, in relation to corruption, are starting to move more quickly and effectively.

“A number of notable arrests and court processes have been initiated in recent weeks, involving accused persons in the public and private sectors, including priority State capture matters.

“The efforts by law enforcement and criminal justice agencies are indeed starting to pay off, and more will be achieved when all are adequately capacitated to meet the extreme challenges of addressing State capture and high-level complex corruption,” she said.

Modise said the JCPS Cluster is in full support of investigations into all those implicated in corruption and fraud.

“All those who are implicated and benefited unlawfully from State capture corruption and corruption related to the procurement of personal protective equipment must face the full might of the law.

“The NPA and the Directorate for Priority Crime Investigation [the Hawks] are collaborating to ensure that all implicated persons are brought to justice swiftly and appropriately.”