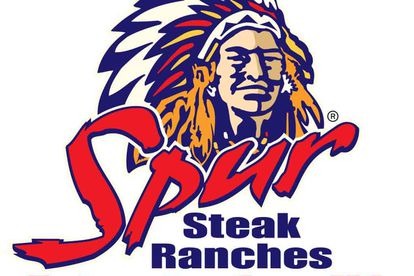 In a statement released on Wednesday, Pierre van Tonder said the boycotts were affecting a minority of Spur branches in areas with “certain demographical characteristics”.

“Spur is however greatly concerned about the effect of the boycott on individual franchisees who are the hardest hit by this action and the effect on the people employed by them.”

Van Tonder said although a few of their branches had been affected by the boycotts, most of the restaurants had been surprisingly resilient.

“We have full faith that the company will weather the current storm with the same resilience it has shown over the past 50 years and will continue to deliver value to our investors and customers alike for a long time to come,” Van Tonder said.

Spur restaurants nationwide banned a man believed to be from Orkney, North West, from their eateries after an apparent scuffle between children in the play area of an Oakdene restaurant led to a near brawl between their parents.

Read: Spur apologises for ‘that’ incident, announces national action plan to prevent it from happening again

A video of the incident circulated on social media. It recorded Lebohang Mabuya, the godmother of one child and the man, the father of the other, involved in a heated argument at the Texamo Spur at the Glen Shopping Centre, east of Johannesburg.

The man was heard telling the woman that her daughter had hit his daughter on the head, which he apparently witnessed through the window of the play area.

Mabuya countered that the child was tiny, telling the man that she would not allow him to bully her. He then told her to do something about what happened, to which she replied “just f*ck off”.

The man then appeared to stop himself from smacking her, saying, “Ek sal jou ‘n p*es klap gee”.

The children sat around the table as the two adults screamed profanities at each other. The man left, then laughed as he turned back after Mabuya called him a bully and a coward and swore at him.

Bystanders and staff attempted to intervene and as the children were moved to different seats, the man tried to overturn their table.

He was then pushed by bystanders to walk away, and Mabuya then called him a bully and racist. Another person was heard shouting “F*ck them!”, to which Mabuya retorted “F*ck you too. This is a democratic country, if you haven’t noticed,” as the man walked out of the establishment.

A Facebook page called ‘Boycott/Boikot SPUR Steak Ranches’ was set up where Spur was described as being biased.

“White people must stop spending their money there until the black lady with her filthy mouth is also banned. They were both wrong!” the page read.Another group called ‘Boycott Spur Steak Ranches’ said on its page that the boycott was in order “after a recent banning of a male at spur, while disregarding the events leading up to his outrage”.On Tuesday, The Herald said several franchise owners in Port Elizabeth had confirmed that the boycott had affected their businesses, but refused to comment further, referring questions to the group’s head office.Spur Group Chief Operating Officer Mark Farrelly reportedly told the publication that the boycott was affecting a minority of Spur branches, mainly those in “strongholds of the old Conservative Party”.On Tuesday, CEO of trade union Solidarity Dirk Hermann wrote a letter to Farrelly saying the reason white South Africans had decided to boycott Spur restaurants was because the franchise had characterised them as conservative right-wingers that belonged to the old Conservative Party and lived in places like the Moot in Pretoria.The open letter to Farrelly, which was titled ‘I’ve lost my appetite for Spur’, was published on Afrikaans news platform, Maroela Media.Hermann continued, saying white people were tired of political correctness at their expense and of being bullied every time they voiced an opinion.”This is about a community that feels estranged in the country and now they feel strange in their favourite restaurant as well.”Afrikaners are Spur people, family people. They saw Spur as a restaurant where they felt at home. Mark, you snapped at them. That was a mistake.”He said Farrelly had messed up and should apologise for what he said. “You dismissed a community that were your loyal customers for years. An apology is appropriate. People have lost their appetites to go eat at your restaurants.”Van Tonder has stood by the statements made by Farrelly and the corporation in their statements and said Hermann was entitled to his opinion.”At the end of the day we stand by the way we handled [the matter] from start to finish.”