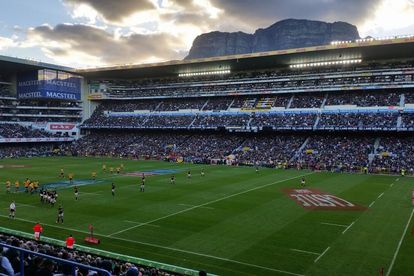 Details for the Test at Newlands, on 23 June 2018 was released on Friday by WP rugby.

Tickets to the final Test, which could potentially be a decider for new Springbok coach Rassie Erasmus’ first home series in charge, start from as little as R100 for scholars and R150 for standing room.

The cheapest seats will be Category Four at R450, while the prices for Category Three (R750) and Category Two (R875) have come down since last year. This reduction is significant as it represents a large proportion of the stadium capacity. Category One seats will once again be R950.

What will tickets cost and when do they go on sale?

Where can I buy tickets?

Tickets bought from online.computicket.com or any Computicket outlet.

WP Rugby Group CEO Paul Zacks said that following the success of the sold-out Test between the Springboks and the All Blacks last year, the clash against England promises to be another special occasion at Newlands.

“Anyone who has watched a Test at a packed Newlands knows that the atmosphere is something unique to experience. We are looking forward to hosting another epic Test match both on and off the field and are happy to confirm that most publicly available seats have been reduced in price from last year,” he said.