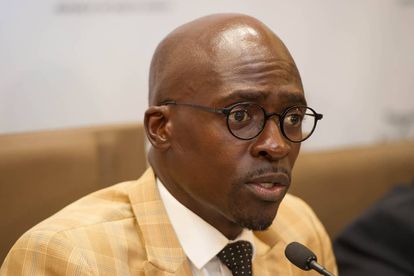 We start our working week again with all you need to know from the South African news today. Who’d be Malusi Gigaba, hey? Plus we’ve got updates on the Leicester helicopter crash and Monday’s weather.

Malusi Gigaba and the nightmare week

After the dramatic revelations that Mr and Mrs Gigaba are being blackmailed by someone in possession of their “sex-tape”, the week ahead doesn’t get any easier for Malusi. He’s set to face court proceedings on Tuesday for an unpaid invoice which has ballooned to R794 million.

A total of 188 people were on board a large passenger aircraft, which crashed into the sea near the islands of Indonesia on Monday. There will be an update on our homepage shortly.

Meanwhile, Kevin Anderson is through to the end-of-year ATP finals after he won the Vienna Open, defeating Kei Nishikori in straight sets. The South African-born superstar is now on course for the money-spinning showcase tournament.

#BlackMonday marches and traffic in Pretoria

If you’re operating from a city centre today, you may come across a large group of protesters. The #BlackMonday movement are marching to raise awareness about farm murders, and Pretoria will be their central location. All seems calm on the roads so far:

UPDATE: Earlier STATIONARY BUS on the N1 South near the Lynnwood Road exit has been CLEARED – HEAVY TRAFFIC from Sefako Makgatho Drive.#PTATraffic #JHBTraffic

Our currency starts the week at R14.60 to the dollar.

More sad news has reached us from Leicester City. The club have confirmed that their owner, Vichaj Srivaddhanaprabha, has died in the helicopter crash that happened late on Saturday evening outside the King Power Stadium

Transport Minister Blade Nzimande has delivered a fierce warning to South African motorists, telling them to observe “maximum co-operation” with the rules of the road. This comes after two crashes in Mbombela and Limpopo claimed a further 21 lives over the weekend. [Read more: TimesLive]

Here are weather updates for your region.

Here’s hoping the start of the week is kind to you.