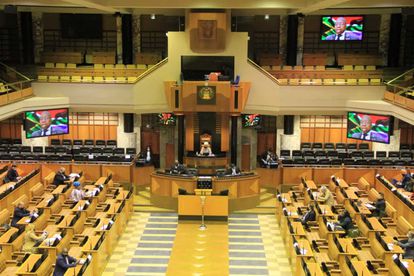 Members of the National Assembly are expected to vote on the Constitution 18th Amendment Bill on Tuesday afternoon, 7 December. The Bill seeks to amend Section 25 of the Constitution to allow for land expropriation without compensation.

The Ad Hoc Committee, which adopted the Bill, will bring the Bill to members of parliament along with a report on the Bill that details the processes – public hearings, submissions and deliberations – on the bill until now, three years since it started.

The MPs will first consider the report then debate the Bill before casting their votes, according to SABC News. The proceedings are expected to kick off at 14:00 on Tuesday.

For the Bill to be passed, it requires a two-thirds majority vote. If this comes to pass, the Bill will be sent to the National Council of Provinces (NCOP) for concurrence – where it will require six out of nine provinces to vote in favour of it before it can be sent to President Cyril Ramaphosa to be signed into law.

Democratic Alliance (DA) leader John Steenhuisen said the opposition party is confident that the Bill will not receive the required votes. However, if it does, the DA is prepared to head to court and challenge it legally.

Lotriet said if the Bill is not passed on Tuesday the matter would be discarded and the entire process would be deemed wasteful expenditure.

The EFF wants South African land to be nationalised. The ANC wants state ownership to coexist with private ownership and the DA is completely opposed to land expropriation without compensation, according to EWN.