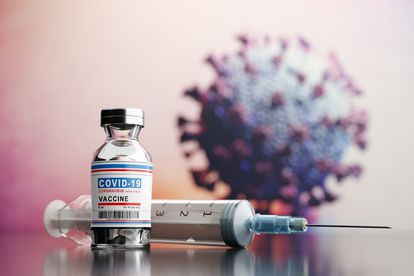 We’ve got the latest news stories and headlines in South Africa on Saturday 4 December 2021.

And what is more concerning is that the NICD said an emerging trend in the fourth wave is that there is an increase in children admitted to hospital, especially children under the age of four years old.

“Over 100 children under the age of 4 were admitted to hospital in the first two weeks of the 4th wave,” Dr Waasila Jassat, the Public Health Specialist at the NICD said.

South Africa recorded more than 16 000 new COVID-19 cases on Friday, 3 December, according to the National Institute of Communicable Diseases (NICD). The 65 990 tests conducted over the past 24 hours represent a positivity rate of 24,3 percent up from yesterday’s 22,4 percent. Gauteng crossed the 10 000 case threshold.

The 16 055 new COVID-19 cases detected in South Africa on Friday brings the total number of active cases in the country to 61 361. Unfortunately, 25 more people died of COVID-19-related complications, according to the NICD, bringing the death toll to 89 944.

There were 279 people admitted to hospital for COVID-19 treatment within the latest testing cycle. The 258 private and 407 public hospitals reporting to the NICD now have 3202 patients admitted.

COVID-19 fourth wave: ‘Unprecedented’ rise in cases – over 100 children under the age of 4 admitted to hospital

Health Minister Dr Joe Phaahla led a briefing on South Africa’s fight against COVID-19 and the national vaccine rollout on Friday morning, 3 December. Since the emergence of the Omicron variant, new cases in the have increased by over 300 percent, said the minister.

Dr Waasila Jassat, the Public Health Specialist at the NICD, spoke about the state of hospitalisations in the country.

She said there has been a rapid increase in hospitalisations in Gauteng – and admissions trends are higher than in the previous waves. Meanwhile, the North West, Mpumalanga, Limpopo and Eastern Cape are displaying smaller increases.

The NICD stressed the importance of surge preparedness and said it should include paediatric beds and staff.

The traffic on the N3 was starting to move on Friday evening after several truck drivers were taken in for questioning.

According to police spokesperson Brigadier Jay Naicker, police have taken a number of truck drivers in for questioning after their trucks were found parked across both lanes of the N3 near Van Reenen.

“In the early hours of this (Friday) morning, police were notified of the blockade and responded to the scene. Police officers found that the trucks were abandoned by the drivers who removed the keys before they left,” he said.

Naicker said police were able to locate the drivers and the keys for their vehicles.

“The trucks were removed and traffic is able to move albeit very slowly. We urge motorists to avoid the area until traffic is flowing smoothly. Additional police officers have been deployed to the area to ensure no further blockades on the route,” he said.

The N3 toll route between Gauteng and KwaZulu-Natal was blocked for the entire Friday due to a massive truck blockade.
Drivers were diverted to alternative routes.

The Gauteng health department has had to discard 141 000 half-litre bottles of expired sanitiser at a whopping cost of R12.7 million to taxpayers, MEC Nomathemba Mokgethi has revealed.

Mokgethi disclosed this in the Gauteng legislature in a written reply to a question from the DA’s Jack Bloom.

They are being stored in a quarantine area at a warehouse.

“Mokgethi says that the sanitisers expired as they had a limited product validity period of one year, from 31 March 2020 to 31 March 2021,” he said.

It was all smoke and money in Diepsloot. A bombed CIT truck robbery motivated residents to run to the scene to pick up cash on Friday morning.

As reported on Friday morning via social media, the CIT truck robbery was attacked with an explosion on the N14/R511 intersection in Diepsloot, Gauteng.

But something equally dramatic had taken place earlier before the report…. With no fear for the law, possible gunfire, a delayed bomb eruption, smoke or the flaming fire, residents from the immediate area ran from the Diepsloot housing to the burning CIT truck robbery scene to grab cash!

Video evidence was posted by Ambjee with a caption that said: “Free for all! #CITRobbery R511 Diepsloot.”

The festive season has come early for opportunists in Durban, after they promptly descended upon a liquor truck that lost its load on Friday. The vehicle was emptied out, and the looters in question have stocked up for Christmas.

This incident took place on Edwin Swales Drive, just outside of Durban’s bustling city centre. Traffic has been slow-going for most of the day, due to terrible weather conditions and an organised ‘truck blockade’ on the N3.

Gavin Kelly, CEO of the Road Freight Association (RFA), was less than impressed with what he witnessed this morning. He has condemned the ‘violence and looting’ reported in various incidents across the city.