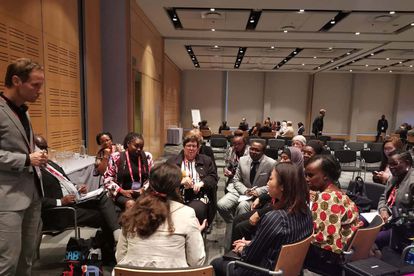 South Africa has joined more than 55 countries in signing the declaration on gender-responsive standards and standards development, to increase participation and representation of women in standardisation.

The declaration, which is an initiative of the United Nations Economic Commission for Europe (UNECE), was signed by the South African Bureau of Standards (SABS), on the occasion of the 42nd annual general meeting of the International Organization of Standardisation (ISO), in Cape Town on Tuesday.

Globally, there is a lack of participation and representation of women in standardisation, says UNECE, which works with national standards bodies in various countries.

“Technical committees develop the parameters and specifications for a range of products and systems and is extremely powerful to ensure inclusivity. In sectors such as mining and construction, which are largely male-dominated, women can play a pivotal role in resetting their environments to be more inclusive and to overcoming barriers to participation.”

SABS said it will also ensure gender-sensitive criteria are adopted in the standards and commit to employing more women in senior positions within the organisation.

“Women are under-represented in various structures of society. Improving participation at a technical committee level will greatly enhance the gender imbalance in South Africa, through the inclusion of gender-sensitive technical specifications in standards that set the guidelines, influencing the development of standards for pay parity, infrastructure and sanitation requirements, protective equipment and clothing are some of the ways the standards development process can benefit women. The more women are present and involved at all levels of society, the more their voices and interests can be better represented.”

South Africa joins countries such as Austria, Canada, Colombia, Congo, Denmark, and Germany, among others, that have signed the declaration.