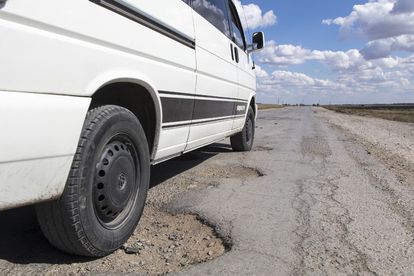 ‘Mr Fixit’ added that doing so will enable the government to repair them quicker.

Addressing the launch of Operation Vala Zonke, Mbalula said the app can be downloaded on Google Playstore and the Apple App store.

According to the BusinessTech website, the app will work in conjunction with the South African National Roads Agency (Sanral) pothole management app and will allow the public to raise any issues, upload pictures of potholes, and provide a real-time location of the road on an interactive map that will show the owners of the different roads.

“The information then gets assigned to the relevant authority, depending on where the road is, and the maintenance depot responsible for that road attends to fixing the pothole,” Mbalula said on Monday.

“Through this intervention, we are raising the bar on service delivery by ensuring that the voice of the citizen is heard. This campaign will change the face of our municipal and provincial roads from pothole-riddled to an acceptable state of repair. This launch will be replicated across the country with Premiers and MECs leading provincial launches,” he said.

Sanral will co-ordinate the effort of working with the provinces and municipalities to ensure potholes are attended to speedily.

“Sanral has a policy of fixing any reported potholes within 48 hours. While national roads are overwhelmingly in a pristine condition, we recognise that provincial and municipal roads require a decisive strategy and active support to augment capacity gaps.

“Potholes have remained a problem and have posed a danger to road users throughout the country. Potholes are particularly dangerous at night or in rainy weather,” Mbalula concluded.

However, at least one comment left on the tweet suggested that there were some early teething issues.

“I just checked Google Play store on my Android phone. The app is not there. There is only the Sanral Etoll collection app,” wrote @SupingJennifer