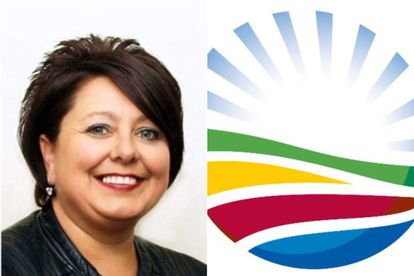 The DA’s Elize Niemann stated that 160 employees and 19 councillors from the Sol Plaatje Municipality went to the municipal games with an unapproved budget. Image: @Our_DA / Twitter

The DA’s Elize Niemann stated that 160 employees and 19 councillors from the Sol Plaatje Municipality went to the municipal games with an unapproved budget. Image: @Our_DA / Twitter

The Democratic Alliance (DA) in the Northern Cape says that 160 employees and 19 councillors from the Sol Plaatje Municipality allegedly left for the municipal games even though the R1.5 million budget was not approved by the council.

The DA has written to the MEC for CoGHSTA

The DA’s Elize Niemann says they will write to the MEC for Cooperative Governance, Human Settlements and Traditional Affairs (CoGHSTA) to immediately address the situation.

Niemann says the employees and councillors apparently left for the weeklong municipal games in Mpumalanga on Monday, 26 September.

“The DA was ready to oppose the notion that R1.5 million could be allocated for these games. Council failed to conclude its sitting held on Thursday last week due to the unforeseen illness of the Speaker and a decision was not taken to allocate any funding to these games,” said Niemann.

Niemann spoke about residents and ratepayers who are apparently ‘frequently left without basic services’ while addressing how the R1.5 million on fun and games cannot be justified. She noted that the matter will be addressed at the next council meeting so that they are able to find out who is responsible for the ‘wasteful expenditure’.

“We will not accept that the misuse of funds will be reported as a deviation in the next council meeting or that there was not enough time to run this item through supply chain for approval. The DA will also submit questions to determine which councillors attended and how we can recoup the costs personally from those who use the public purse as their personal piggy banks,” Niemann concluded.

In other political news, it was previously reported that ActionSA leader Herman Mashaba reckons his former political home, the Democratic Alliance (DA) should brace for more of its members jumping ship, ahead of the 2024 national elections.

This comes after the party unveiled Andrew Louw as its new leader in the Northern Cape. Louw was elected the DA’s leader in the province in 2020, but his relationship with the party turned sour and culminated in him leaving.

Both Louw and the DA seem to be in disagreement as to how he departed. Louw claims to have quit without even handing in his resignation, reportedly during an interview with TimesLive. But the party revealed that he had actually been suspended after being accused of gross misconduct. Read the full story here.