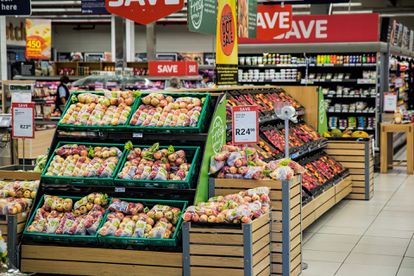 The Democratic Alliance (DA) is calling for the public to comment on its campaign that seeks to scrap Value Added Tax (VAT) on essential food items as “South Africa is in the throes of a full-blown hunger crisis.”

The party wants Godongwana to scrap VAT on the food items most commonly purchased by indigent households by reviewing and expanding the zero-rated baskets. It launched a petition, which allows the public to comment on and support the proposal.

Comments on the proposal close on 20 October and Godongwana’s budget is expected on 26 October.

“Across the globe governments are taking bold action to help struggling people through this cost-of-living emergency, yet in South Africa the ANC Government remains sitting on its hands.

“We call on South Africans to support and comment on the scrapping of VAT on more essential foods so that your voices are heard, and so that you show the Finance Minister that he must act,” said George.

Some of the other demands listed by the DA includes, slashing fuel and levies to decrease the cost of transporting food; using the R50 million Cuban food aid at home and reducing import tariffs on foods consumed by indigent households.

The party wants the Minister of Finance to assemble an expert panel to advise him on the food items that he should add to the zero-rated list for VAT in October.

The following basic foodstuffs are currently zero-rated for VAT in South Africa: