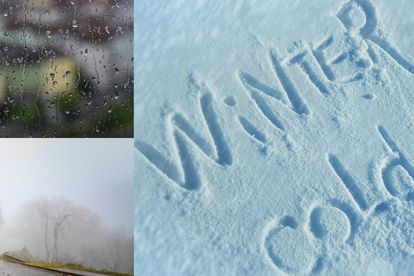 Snow, cold and rain expected for parts of SA this week Photos: Stock/Canva

Snow, cold and rain expected for parts of SA this week Photos: Stock/Canva

Snow, cold, and rain are expected for parts of South Africa this coming week.

THE SAWS WARNED THAT SNOW, COLD AND RAIN ARE EXPECTED

According to the SA Weather Service (SAWS) a cut-off low-pressure system is expected to develop along the coast of Namibia on Sunday, 19 June 2022, moving over the Northern Cape on Tuesday.

“Cut-off lows are associated with widespread instability in the atmosphere, which can promote periods of prolonged rainfall. Showers and thundershowers can be expected over parts of the Cape provinces from Monday onwards with associated cold daytime temperatures and windy conditions while spreading to parts of the Free State and North West on Tuesday night and Wednesday.”

COLD WEATHER WILL MOVE IN ON MONDAY

Numerical model data currently disagrees with the predicted intensity and movement of the cut-off low in the latter part of the week. SAWS will continue to monitor this weather system and update the public on warnings and information regarding this system.

It furthermore said, however unseasonal but not uncommon 24-hour rainfall of 20 to 35 mm can be expected over parts of the
Northern Cape, Free State, and North West.

“The onset of the rainfall is expected over the Northern Cape on Monday, while spreading to the Free State and North West on Tuesday night.

Strong gusty winds of 50 km/h can also be expected over these areas from Monday. Although cold daytime temperatures are expected, snowfalls are likely to be confined to the Drakensberg regions and Lesotho on Wednesday, spreading to the high-lying areas of the Western and Eastern Cape on Thursday.”

“Dress warmly and avoid high mountain passes if possible. Make contact with your closest disaster manager or community leader and keep listening to the Radio for updates.”