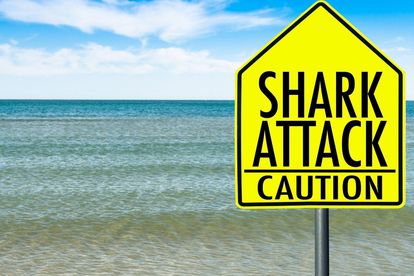 A Bronze Whaler shark has been spotted. Photo: Stock/Canva

A Bronze Whaler shark has been spotted. Photo: Stock/Canva

The National Sea Rescue Institute and the Ndlambe Municipality recently issued a shark alert due to the increased shark presence attracted by a carcass of a Humpback whale in the area.

NSRI said the carcass of a Humpback whale has been spotted about a kilometer off-shore on the Western edge of Port Alfred, and drifting in an Easterly direction, with a visible shark presence at the whale carcass.

“The whale carcass is gradually drifting closer to shore and is expected to beach and this is being monitored.”

Meanwhile, several beaches in KwaZulu-Natal is closed for the long weekend after abnormal E-coli levels were found in the water.

eThekwini Municipality spokesperson Msawakhe Mayisela said the City would like to inform the public that central beaches are closed for bathing and any other sporting activity, with immediate effect.

ALSO READ: Durban beaches closed for the weekend due to expected downpours

“This decision is in the interest of the safety of residents and tourists. This follows signs of beyond normal E-coli levels in the water. The city moved with speed to conduct tests after seeing murky waters in some beaches and results showed a positive presence of these bacteria.

He said teams are currently hard at work on a malfunctioning sewer pump station that is constantly vandalised for scrap metals and work is at an advanced stage to remedy the situation.

BEACHES THAT ARE SAFE FOR THE PUBLIC TO USE ARE:

All beaches north of the Umgeni River up to Salt Rock, remain closed.

“The city is appealing to the public not to embark on any activity until the water quality has been determined as safe and an official communication from the city has been issued in this regard.”

Mayisela said beaches were closed in July as a precautionary measure following a chemical spill that contaminated the Ohlange River and Umhlanga Lagoon.