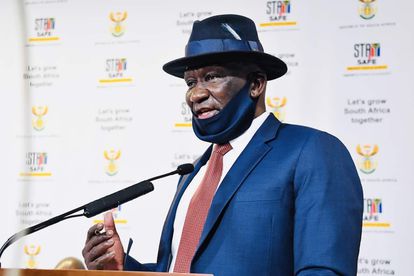 Police Minister Bheki Cele has visited the Mthwalume area on the South Coast of KwaZulu-Natal where five women have been murdered since April.

He has also confirmed that two men who were being questioned in connection with the murders have now been arrested and will appear in court on Monday. Police have described them as “persons of interest”.

An official statement has labelled the incidents as “serial murders”.

The bodies of five women aged between 16 and 36 were found on a sugarcane farm between April and August 2020. Two of the bodies were found this week.

Their discoveries have resulted in police investigators at a national level being brought in to assist provincial investigators with the case.

Police have ‘covered much ground’

During his visit, Cele welcomed this high-level intervention, saying it’s already paying off. He believed investigators assigned to the case have “covered much ground”.

“We couldn’t just sit by and accept that women are getting murdered. I am satisfied that this team has already brought in two people of interest who they believe have a case to answer to,” the Police Minister said.

He met concerned residents of the Mthwalume area who are calling for more protection from the police.

Cele assured the community members, consisting of mainly women, that there will be high-density visible patrols conducted in the area.

“Over and above the extra boots on the ground to ensure these types of crimes don’t take place and that women are safe and feel safe, we have also established a mobile Community Service Centre that will make certain this area and surrounding areas have better access to services of the SAPS,” he said.