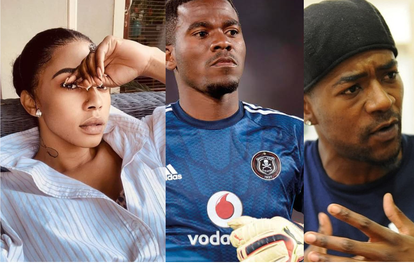 On Wednesday, the contents of the second docket (which names Kelly Khumalo and 6 others as accused) into the murder of former Bafana Bafana captain, Senzo Meyiwa took centre stage at the Pretoria High Court. This also led to the trial being adjourned to Monday, 13 June 2022.

The South African has seen the indictment of the case the State initially wanted to pursue against Kelly Khumalo, Longwe Twala, Gladness Khumalo, Zandie Khumalo, Tumelo Madlala, Mthokozisi Twala and Maggie Phiri who were all present when Meyiwa was shot.

On Wednesday, defence lawyer for accused 5 in the case, Advocate Zandile Mshololo asked to be given time to peruse the contents of the second docket so that she can consult with her client and decide on the way forward.

Kelly Khumalo’s lawyer, Advocate Magdalene Moonsamy said they were not aware that there is a second docket into the murder of Meyiwa.

The document which The South African has seen recommended that all the accused be charged with 2 counts; where count 1 is murder and count 2 is defeating the ends of justice.

“Count 1: In that upon or about the 26 day of October 2014 at or near Boksburg in the Sud District of Ekurhuleni, the accused who acted as perpetrators or accomplice or accessory after the fact that, unlawfully and intentionally killed Senzo Meyiwa, an adult person shooting him.

“Count 2: In that on or about the date and at or near the place mentioned in count 1, the accused did unlawfully and with intent to defeat or obstruct the course of justice, commit an act to wit: Accused 1 to 6 hatched a plan and informed the police that they were robbed at gunpoint by unknown persons. Accused 7 cleaned the crime scene prior to the arrival of the police.”

A source close to the case told The South African that a very crucial statement was stolen from the docket by one of the people involved in the investigation.

The source also said that the statement which implicates some of the people who were in the house explains in detail what exactly transpired within the first 5 minutes after Meyiwa was shot.

Senzo Meyiwa’s family is adamant that the second docket which halted court proceedings this week contains the truth about who killed the goalkeeper.

In an interview with eNCA, Senzo Meyiwa’s brother, Sifiso said they are relieved that the second docket (case 375/01/2019) has finally been revealed.

Sifiso said all the interviews they have been doing for the past eight years refer to the contents of the second docket.

“The second docket contains the truth. We know it and we have seen its contents. There are even witnesses. We also know that the crime scene was contaminated and that high ranking police officials had a meeting shortly after Senzo was shot,” he said.

Earlier this week, Sifiso said they believe the five accused currently standing trial are the wrong people. He said long before the five accused men were arrested and detained, a number of others were brought in and forced to confess to murdering Senzo.

While on the dock this week, State witness, Forensic officer, Sergeant Thabo Mosia who was amongst the first to arrive at the crime scene told the Pretoria High Court that it is unheard of that a case would have two dockets naming different people as accused.