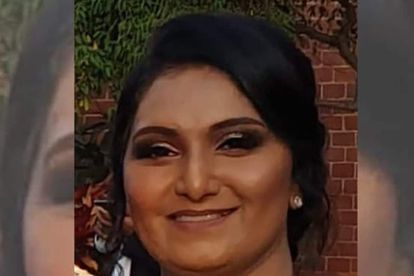 The media has been barred from the first court appearance of the four men accused of kidnapping Durban businesswoman, Sandra Moonsamy, due to the sensitivity of the case.

According to the Daily News, the state made an application in the Durban Magistrate’s Court on Monday 11 November 2019, to bar the media from court proceedings due to the “sensitivity of the case.”

Media asked to wait outside

State Senior Advocate Cheryl Naidu, asked the media to wait outside while the Moonsamy court proceedings got underway.

The media had initially been told not to name the accused and not to take pictures or visuals of the accused, as the police were yet to conduct an identification parade. However, before proceedings could start, the state made the application for the media to be excluded.

The prosecution was locked in meetings since 10:00 before the proceedings could start. The matter eventually resumed shortly after 12:30.

The magistrate granted the State its request and barred the media from publishing the suspects’ names and photographs. The matter was adjourned to November 18 and proceeding will be held in-camera until the order is lifted by the magistrate.

According to Brigadier Hangwani Mulaudzi, the four men between the ages of 30 and 34, were charged with kidnapping, extortion, attempted murder, robbery and entering the country without a valid permit.

They have been charged with two counts of attempted murder, one alleged against Moonsamy and another for a security guard.

None of the Moonsamy family members were present in court.

“The case has been postponed to 18 November 2019, pending further investigation,” added Mulaudzi.

Mulaudzi said Moonsamy, 45, is a Westville mother of two and a financial director of Crossmoor Transport. She is one of two daughters of transport logistics moguls, Lutchmee and Poonsamy Naicker.

Moonsamy was kidnapped from her black Range Rover after allegedly being forced off the road by three vehicles on the M13 off ramp on Stapleton Road in Pinetown on the evening of 30 May, around 18:30.

Moonsamy was found alive in a house in Witbank last Thursday, 7 November 2019.

“She is currently with her loved ones and beginning her road to recovery. We will share further information as the investigation is concluded.

We would like to thank the HAWKS for their tireless efforts, as well as the general public for keeping Sandra in their thoughts and prayers daily. We are elated and relieved to have her back with us safely,” said Moonsamy’s family member.