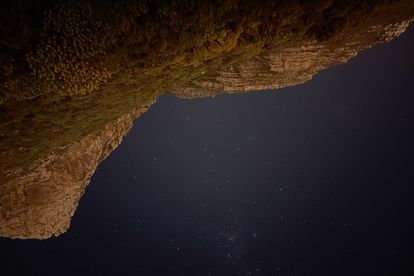 The stars often pass us by – swallowed by the city’s bright lights. But, they are always there and now capturing their glory is no longer the remit of expert photographers only thanks to improvements made to the Samsung Galaxy S22 Ultra’s cameras and its Nightography capabilities.

STEADY STAR SHOTS WITH OR WITHOUT A TRIPOD

Photographs in low light typically require a tripod and a “fast lens” (a lens with a wide maximum aperture) when using a traditional camera. The tripod keeps the camera steady and allows the photographer to take longer exposures without worrying about camera shake/motion blur. A wide aperture, such as f/1.4, f1/8 and f/2.8, allows more light into the camera, which is vital.

The Samsung Galaxy S22 Ultra’s camera is of a professional standard and as such its imaging quality can be improved with the tools of the trade.

The main 108MP camera comes with a fast f/1.8 lens so all you have to worry about is adding a tripod, if you want. The built-in S Pen can be used as a remote shutter release.

When a camera is mounted on a tripod, hitting the shutter button on the device itself can lead to vibrations that affect the image’s sharpness. The shutter release allows you to take photos without touching the device.

However, the Samsung Galaxy S22 Ultra is more than capable of photographing the stars as is without any extra gear.

Samsung Nightography is a combination of the device’s hardware and software features. The main camera comes with the manufacturer’s largest pixel sensor yet (2.4 micrometres) which allows it to absorb more light.

In terms of software, the Samsung Galaxy S22 Ultra’s Night Solution captures multiple frames every time you hit the shutter and combines it into one image that best represents the scene.

Other changes made to the camera itself that will help you capture spectacular night shots include improved Optical Image Stabilisation (OIS), which reduces camera shake by up to 48% compared to the S21 Ultra, and means that you don’t have to turn into a human tripod when shooting handheld. There’s also a new anti-reflective lens coating, Super Clear Lens that ensures photographs are free of lens flares.

SHAKY HANDS? SAMSUNG NIGHT SOLUTION HAS YOUR BACK

The Samsung Galaxy S22 Ultra‘s lowlight performance extends to video too. When shooting a video in less than ideal lighting conditions, the camera slows the frame rate to take in as much light as possible.

Again, movements to the camera can lead to motion blur. To prevent this, the S22 Ultra uses dual-tracking image stabilisation that uses the OIS mentioned above and Video Digital Image Stabilisation (VDIS) to keep things smooth in the frame.

Super Night Solution adapts the video frame rate while recording depending on the lighting conditions to ensure that enough light is captured in the footage. If the frame rate drops below 24 frames per second, which is the minimum rate for smooth video, the software inserts up to 12 extra frames per second to fill in the gaps and keep things steady.

Nightography on Samsung ensures all users can capture moments perfectly no matter the lighting condition. In “Auto Mode”, the device detects the scene and selects the appropriate settings while “Pro Mode” allows more experienced photographers to take full control of the process by setting the aperture, shutter speed and more.