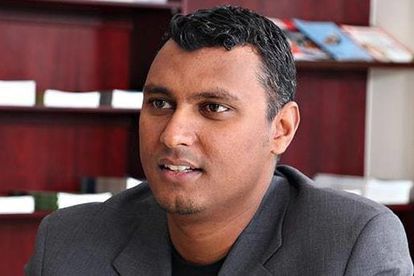 Manglin Pillay is trending for all the wrong reasons. The South African Institution of Civil Engineering (SAICE) has announced that it will hold an urgent meeting over comments its CEO, Manglin Pillay, made about women.

In a statement released on Monday, SAICE confirmed that,

“due to SAICE’s procedures, it is required to align to internal controls and procedures and as such, this matter will be discussed at an emergency board meeting on Wednesday, 8th August 2018, after which a formal statement will be issued.”

The comments that got Pillay in trouble

Pillay, in July’s edition of Civil Engineering magazine, chose to use the platform to address an issue that bothered him.

In the column, he posed questions about whether there is a need for South Africa to consider attracting women into the fields of Science, Technology, Engineering and Mathematics (STEM).

His justification was that there’s evidence that shows are prone to excelling in caring and people-orientated careers.

He went as far as milking his words with a bit of dry humour, while continuously trying to get his point across, saying,

“to the women in STEM… you know I am your friend. I wrote you Character Currency, gave you poetry and even sang you songs, so you know I am on your side. But we do need discuss a few things.”

The lobby group that works in the industry to advocate for women has since applied the pressure on SAICE to act on this matter. The call from WomEng is for SAICE to reconsider their choice of CEO.

The organisation cited Pillay’s derogatory and misogynistic comments as one of the main reasons why women do not last long in STEM professions.

A petition has been launched by WomEng to have Pillay removed as the CEO of SAICE. In the petition, the organisation stated that,

“WomEng has worked tirelessly over the past 12 years to understand the challenges and bottlenecks for girls and women in STEM”.

Naadiya Moosajee, the co-founder of WomEng who is also a civil engineer, stressed how important it is for women to be apart of the STEM industries. She added that

“It boils down to what engineers do. They design and create everything around us. If you exclude half of the population from that process, you’re designing a world where women need to constantly adapt to because our needs are never considered in the design process.”

A week ago, SAICE issued a statement, disassociating itself with the comments made by Pillay:

“In this unfortunate article, Pillay’s views in no way reflect the views of SAICE’s membership of 12,000.”

No actions against the CEO have since been taken. Javu Baloyi, who is the spokesperson for the Commission for Gender Equality, stated that a request for a meeting has been sent to SAICE and that everything would be done to try and assist with any complaints made against Pillay.