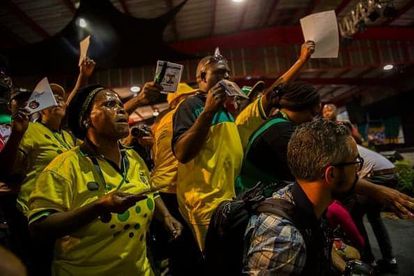 The ruling African National Congress (ANC) has prioritised the lowering of costs related to mobile data in South Africa, as well as creating more free Wi-Fi hotspots in public areas.

The ANC’s technological advancement strategy is aimed at improving the lives of students and young South Africans, who rely most on affordable internet access.

These proposals came under discussion at an ANC national executive committee (NEC) lekgotla two weeks ago. The same conference which saw the political party throw its support behind a Constitutional amendment in favour of land expropriation without compensation.

Lowering the price of mobile data in South Africa

Chairman of the ANC’s information and publicity subcommittee, Nkenke Kekana, spoke to Sowetan Live on the party’s priorities, confirming that the high cost of data was a huge problem facing South Africans.

“We considered everything related to data in South Africa. Pre-paid started in SA but pre-paid today is not the cheapest in comparison to other countries. Pre-paid is mainly used by young people and students.”

Kekana also confirmed that the ruling party would be approaching the national government of South Africa, with a proposal to create public internet hotspots.

According to the chairman, the ANC wishes to grow the public’s accessibility to free internet, in the upcoming months.

Kekana confirmed that the parliamentary proposal regarding public Wi-Fi hotspots is currently being finalised, saying:

“Students are now going to exams, they are using a lot of data to do research. Students and young people use pre-paid data.”

SABC to be removed from DStv

Kekana also confirmed that the national broadcaster, SABC, would be removing its channels from the pay-to-view service provider, DStv.

Channels affected are SABC 1, 2 and 3 channels, as well as the parliamentary channel.