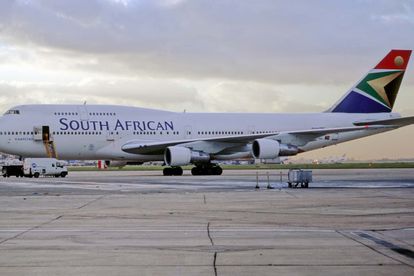 He’s been unequivocal about his feeling regarding embattled South African Airlines (SAA) decision to cut flights to KwaZulu-Natal, and it seems that KZN Premier Sihle Zikalala has had his way.

Speaking at his State of the Province Address (Sopa) on Wednesday at the Royal Show Grounds in Pietermaritzburg, Zikalala said that he has had “positive engagements” with SAA bosses regarding the return of the airline to the province.

“We are pleased to announce that SAA will come back into operation,” he said.

“While we understand SAA faces financial difficulties and is in business rescue, we feel cuts are being made in the wrong places. Durban’s King Shaka International Airport has repeatedly been named South Africa’s fastest-growing airport.”

Zikalala said in February that SAA’s decision to cut flights to KZN amounted to “economic sabotage” and vowed to do everything in his power to ensure that the decision would not adveresly affect the province, which is in the midst of a crippling employment crisis.

“We believe they will still talk about shutting down the flights – it will result in economic sabotage,” he said while addressing the media on Wednesday. “We are not going to take that,” he said in February.

“It will lead to unemployment.”

“People in South Africa must become unemployed while people overseas are employed by SAA. We create domestic unemployment and safeguard job opportunity in a foreign land.”

He charged that SAA were dismissing the needs of South Africans in favour of serving interests in foreign countries, and warned that the people of South Africa would bare the brunt of their failure to support local growth.

SAA’s decision to cut flights came as a result of advise from business rescue practitioners, who are putting together a plan to save the bankrupt airline. Part of their short term strategy was to cut flights to all major metros apart from Cape Town and Johannesburg.

This was met with widespread criticism as provincial leaders bemoaned the economic impact such a move would have on provincial economies.

It is not yet clear when SAA will confirm this news and reinstate the flight routes to Durban’s King Shaka International Airport as Zikalala has promised.

The South African has reached out to the airline for comment and will update this story when it lands.