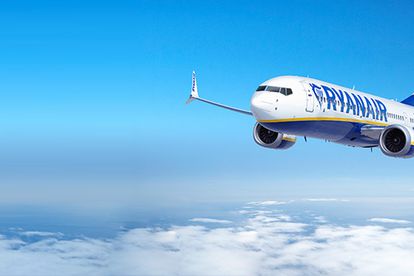 Irish airline, Ryanair has confirmed that SA Passport holders had to write an Afrikaans test before they could board their flights.
Photo: Twitter/@Ryanair

Irish airline, Ryanair has confirmed that SA Passport holders had to write an Afrikaans test before they could board their flights.
Photo: Twitter/@Ryanair

Irish airline, Ryanair has confirmed that South African Passport holders travelling to and from London in the UK had to write an Afrikaans general knowledge quiz before they could board their flights.

A number of South African expats were up in arms following this and some took to social media to express their frustration.

Despite being properly documented, a number of South Africans could not board their flights either to or from the UK if they did not get all the answers in the Afrikaans general knowledge quiz correctly.

Ryanair said it had a responsibility to ensure that passengers are correctly documented for travel to their destination in terms of UK laws.

The low-cost airline said due to the recent increase in passengers attempting to travel on fraudulent South African passports, their handling agents may request passengers travelling on a South African passport, and who are flagged during procedural security profiling, to complete a simple questionnaire, as an additional safety assessment to confirm whether they are correctly documented before travel.

The general knowledge quiz has 15 questions on official languages in South Africa, the international dialing code, national flower, the capital cities as well as public holidays.

The Department of International Relations and Cooperation (DIRCO) said it has noted the claims and is looking into it.

“We are aware as learnt from the media. We are investigating the matter through speaking to our UK counterparts,” spokesperson Lunga Ngqengelele said.

The UK embassy in South Africa also responded to the claims. The embassy said the general knowledge quiz is not one of the UK government requirements for entry into the country.

YOU CAN ALSO READ: UK accused of blocking SA expats unless they pass an Afrikaans test