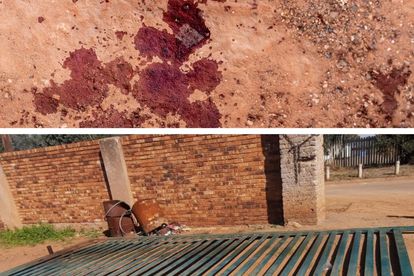 A security guard sustained critical injuries after a large metal gate fell on top of him on Saturday in Meyerton.

THE SECURITY GUARD SUSTAINED A MAJOR LACERATION TO HIS ARM

According to ER24 spokesperson Ross Campbell, paramedics arrived on the scene at 12:30.

“A 48-year-old security guard has suffered critical injuries after a large metal gate fell on top of him at industrial premises in Highbury, Meyerton, earlier on Saturday.

“ER24 paramedics were on the scene at 12:30 along with the Midvaal Fire Department and another private medical service.”

Campbell said the security guard was found lying on the ground next to the gate after he was pulled out from under it by other workers.

ALSO READ: Three siblings who died of rat poisoning to be laid to rest

HE WAS PULLED OUT FROM UNDER IT BY OTHER WORKERS

“The security guard had suffered a major laceration to his arm and was in a critical condition.”

He furthermore said the security guard was treated with Advanced Life Support interventions to stabilise him while a private medical helicopter landed nearby to transfer him to a private hospital in Alberton.

IN ANOTHER ACCIDENT – EIGHT WERE INJURED

The exact circumstances surrounding the incident are unknown to ER24.

Meanwhile, eight adults were injured when two taxis and a light motor vehicle collided at the R554 and Kliprivier Intersection in Liefde En Vrede on Friday.

“ER24 and other services arrived at 15h41 to find one taxi in the middle of the road while the other was on the opposite side. The light motor vehicle was located a short distance away on the side of the road. Several adults were seen walking around.”

FORTUNATELY, NO SERIOUS INJURIES OR FATALITIES WERE FOUND

“Fortunately, no serious injuries or fatalities were found. The patients were treated and later transported to nearby hospitals for further care.”