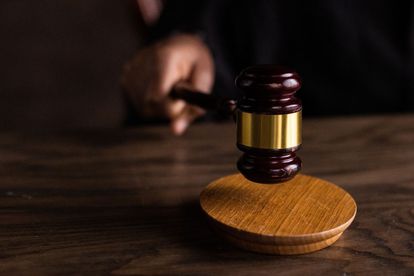 A poacher who tracked down and shot two rhinos before harvesting their horns has been convicted of a myriad of crimes and sentenced to 28 years imprisonment on Monday.

THE POACHER DID NOT WORK ALONE

45-Year-old Michael Kleinbaas Masuku was sentenced to an effective 28 years imprisonment in the Empangeni Regional Court on Monday.

The poacher received his jail time sentence after being convicted of conspiracy to hunt rhino, two counts of hunting and killing a protected species as well as one count of hunting without a permit.

Masuku’s hunting ground was the Hluhluwe Umfolozi Game reserve north of Durban. The poacher’s conviction is linked to an incident in October 2018.

“Once armed with the necessary weapons and tools, the poachers gained access to the game reserve and shot two rhinos. One was a white rhino and another black. They removed two horns from the first rhino, and one horn from the second rhino, before fleeing,” says Ramkisson-Kara.

Masuku was arrested shortly after the investigations.

SENTENCED TO 38 YEARS BUT WILL ONLY SERVE 28 YEARS

During the trial, Regional Court Prosecutor Sharon Bux led evidence of cell phone mapping, showing that the poacher travelled from Mpumalanga to Hluhluwe, before hunting the rhinos.

A state witness also gave evidence, linking Musuku directly to the crimes, especially the shooting of the rhinos.

Ramkisson-Kara says the NPA welcomes the sentence and conviction.

“Rhinos are on the endangered species list, and we have a duty and a mandate to protect and preserve them. We trust the sentence will serve as a warning to poachers,” she says.