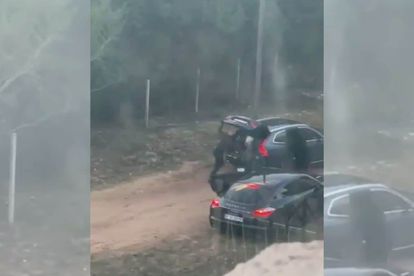 Yet another Cash-In-Transit (CIT) robbery has taken place in Gauteng. This time, a cash van in Randburg was allegedly hijacked by two suspects on Monday 2 November 2020 while the driver was still inside.

“At about 17:30, security guards were collecting cash at a food outlet in Bellairs when the cash van was hijacked by two suspects with the driver still inside,” said Muridili.

According to Muridili, the cash van was driven to Olievenhout Street and parked at an open veld before the suspects allegedly used explosives to bomb it open.

The suspects then managed to flee the scene with an undisclosed amount of money.

“No arrests have been made yet and we are appealing to anyone with information to call Crime Stop number 086 00 10111 or send tip-offs on MySAPS App,” added Muridili.

On Friday 30 October, just four days ago, there was another CIT robbery in Florida, Gauteng. During the incident, a tow truck driver was fatally shot and a security guard was injured.

Muridili said security guards were loading cash at ATM machines and were travelling along Ontdekkers Road in Florida at about 8:00 on Friday morning when disaster struck.

“A ‘Ford Ranger First Help’ tow truck driver who was in the vicinity noticed the suspects speeding off and he gave chase. Shots were fired in the pursuit and [the] truck driver was fatally shot in William Nicol Road,” said Muridili.

A rifle that was taken from the G4S security guard during the robbery was found abandoned at Hendrick Potgieter Road, about one kilometre from the crime scene.

On Monday Muridili confirmed that three G4S security guards had been arrested in connection with the CIT robbery. She also said R3.2 million in cash was recovered from dustbins.