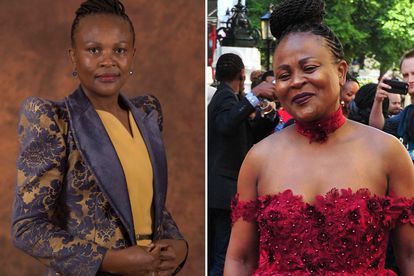 Double jeopardy is the punishment or prosecution of an individual TWICE for the same offence.

Over the past week, an inquiry into Mkhwebane’s fitness to hold office as public protector has been ongoing. Reports revealed that witnesses have accused the PP of flouting processes in the compilation of her report, removing material information and removing the names of politicians who were implicated.

Mkhwebane’s lawyer, Advocate Dali Mpofu noted that she may be at risk of double jeopardy if she testifies at the inquiry into her fitness to hold office. Mpofu further opposed Mkhwebane answering questions after each witness testifies.

EWN reported that a number of members of the Committee agreed that Mkhwebane should be allowed time to look at her work when answering questions that require verification. They did state, however, that the questions that can be answered on the spot should be addressed.

The Public Protector is facing criminal charges with regard to a report she put together on the Reserve Bank’s bailout of Bancorp.

In related news, it was previously reported that the Public Protector South Africa (PPSA) has decided to ditch all pending litigation instituted by suspended Public Protector Busisiwe Mkhwebane.

This decision is made in the best interests of the institution and the public it serves, said spokesperson Oupa Segalwe. The PPSA will cut funding for Mkhwebane’s appeal against the recent decision of the Western Cape High Court.

Mkhwebane seeks to obtain an urgent interdict to prevent her suspension. This includes the rescission application pending before the Constitutional Court, as well as the application in the Western Cape High Court. Read the full story here.