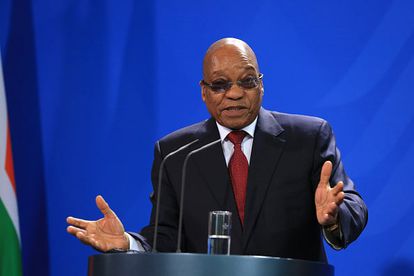 According to the newspaper, investigators into the Passenger Rail Agency of South Africa’s (Prasa) controversial R3.5bn contract for new locomotives are probing suspicious payments made by the managing director of Swifambo Rail Leasing – the contractor – which they say possibly point to “massive corruption” during the deal.

The company of a Maria da Cruz Gomes – who, according to the report, is an Angolan businesswoman who Zuma regularly visited in her plush home in a Sandton complex – allegedly received payments totalling about R40m from Auswell Mashaba, Swifambo’s MD.

Mashaba also allegedly made payments totalling nearly R39m to the law firm of George Sabelo, a business partner of Zuma’s eldest son. Sabelo was implicated in the 2013 PetroSA corruption scandal after it came to light that he had channelled some R11m related to PetroSA contracts to unknown third parties.

Rapport claims to have documents detailing how Mashaba paid nearly R80m to Similex, Gomes’s company, and to Sabelo’s law firm, Nkosi Sabelo, during 2013 and 2014, following Prasa’s first tranches of payments to Mashaba’s company.

Rapport reported in July last year that the locomotives in question were too tall for parts of South Africa’s rail network.

According to an affidavit that now forms part of the Hawks’ investigation into the locomotives contract, Mashaba allegedly last year told Prasa board members that he had been instructed to make payments to “high ranking people in office” and members of “the movement” from the proceeds of the Prasa contract.

Such payments allegedly “had nothing to do with the purchase of locomotives”, according to the affidavit.