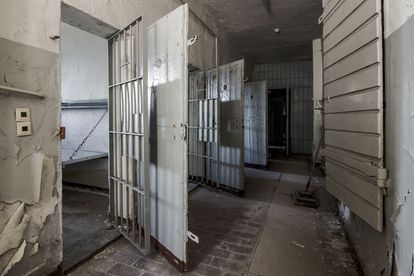 Portuguese banker Joao Rendeiro who has been in SA custody since last year has died. Photo: Captured Entropy / Flickr

Portuguese banker Joao Rendeiro who has been in SA custody since last year has died. Photo: Captured Entropy / Flickr

Rendeiro fled his native land after being convicted

Rendeiro fled Portugal late last year after he was convicted of a string of charges. The charges were related to the collapse of the Portuguese Private Bank. He was arrested by Interpol.

Rendeiro’s arrest happened in Umhlanga Rocks, north of Durban. He was due to appear in court on Friday, 13 May, for an extradition hearing. He was found guilty of a number of charges including; document and computer forgery, breach of confidence, fraud and money laundering.

All of the aforementioned charges are linked to the demise of the Portuguese Private Bank. He was given a combined total of over 18 years imprisonment. After which, Rendeiro fled Portugal.

SA authorities launch an investigation into his death

He was arrested two months after fleeing and was in custody at Westville Prison in Durban since. Spokesperson for the Correctional Services Singabakho Nxumalo confirmed that Rendeiro had died in custody, reports EWN.

Nxumalo revealed that an investigation into the Portuguese banker’s death had been launched to ascertain the cause of and circumstances leading to his death.

How and when was the Portuguese banker arrested?

Interpol’s National Crime Bureau in Pretoria arrested a wanted Portuguese fugitive in Umhlanga Rocks, north of Durban. Joao Manuel de Oliveira Rendeiro is a convicted fraudster who has been on the run from the Portuguese government.

So what did de Oliveira Rendeiro do? He absconded from the Portuguese government and made a run to South Africa. He was convicted of multi-million dollar fraud and hit with a hefty prison sentence. Before he could start serving his time, he escaped.

During an Interpol General Assembly meeting in Turkey last month, SAPS Commissioner Khehla Sithole was informed that the fugitive was hiding out in KZN. Our authorities then promised their Portuguese counterparts that they would handle the situation. Read the full story here.