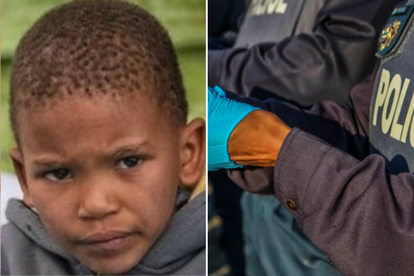 Several community members reported seeing Le-Virno near a railway at the Skierlik informal settlement in Upington before he disappeared. According to the missing person report filed with the police afterwards, he had been playing with his friends.

Police spokesperson sergeant Omphile Masegela said community members helped police search the area but could not locate the missing child. Masegela urged the community to report information that might help find the five-year-old in the meantime.

THERE IS NO WAITING PERIOD TO REPORT A MISSING PERSON!

You can assist the SAPS when reporting a person missing by following these steps:

Meanwhile, police are investigating the death of a missing six-year-old boy after finding him dead in the Jukskei River on 24 June last year.

ALSO READ: Search for Khaya Magadla continues on Saturday: ‘There is still no body’