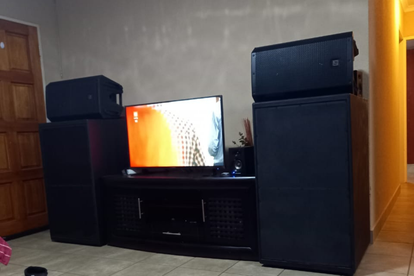 Joburgers who tend to prefer their music very loud need to be careful now. Offenders will be fined, and if they fail to comply, the City of Johannesburg has said police will impound the music system, the information was announced on Tuesday 5 October.

So imagine the scene. You’re trying to enjoy a new riveting series you just discovered on Netflix on a Friday night but your neighbour has an annoying song on repeat for hours and has the volume on maximum. What is the most simple action to take?

LOUD MUSIC SYSTEM TO END UP IN POLICE VANS

The Johannesburg municipality said that offenders will first be subjected to a fine, and they fail to comply with it, the Johannesburg Metro Police Department (JMPD) will soon arrive at the offender’s premises to confiscate the sound system.

“Offenders will face a fine and if you are non-compliant, Joburg MPD will impound your sound system,” the municipality said.

The municipality shared a number to call and report loud music offences on 011 375 5911.

In related news, the City of Johannesburg’s Municipality has asked the national power utility Eskom for permission to take over the power supply in places like Soweto.

The plan was revealed by Johannesburg’s newly-elected mayor Mpho Moerane. Soweto has had to face continued power cuts as Eskom tries to force the people in the township to settle unpaid electricity debt of up to R7,5-billion.

The plan is to introduce ‘Energy Mix’ which will include gas and solar solutions.