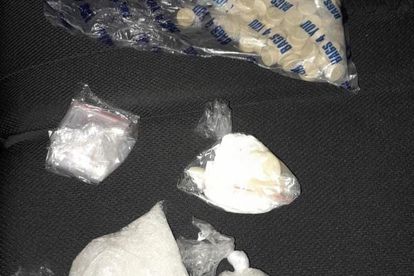 At least six people have been arrested in the wake of intelligence driven operations which saw drugs to the tune of R50 000 being seized in Plettenberg Bay, the South African Police Service (SAPS) said on Sunday.

According to SAPS spokesperson Sergeant Christopher Spies, law enforcement officers pounced on a home on Saturday, where they found the drugs and arrested one suspect.

“On Saturday, 06 August 2022 members attached to George Crime Intelligence, Kwanokuthula Crime Prevention Unit and neighbouring police stations armed with a search warrant pounced on a house in Gogolin Street, Kwanokuthula (Plettenberg Bay). The team proceeded with a search of the premises. This search led to the confiscation of 166gram of tik, 100 mandrax tablets and a small quantity of cocaine. Police confiscated the drugs estimated at R48 500 and a small scale. A 53-year-old occupant of the premises was arrested on a charge of dealing in drugs,” Spies said.

“They arrested five suspects aged between 26 and 43 four on a charge of dealing in drugs and one for possession of drugs. All those arrested are expected to make their first court appearances once charged. Garden Route District Commissioner, Major General Norman Modishana, commended the members for their efforts to remove drugs and items which threatens the safety of communities from the streets,” Spies added.