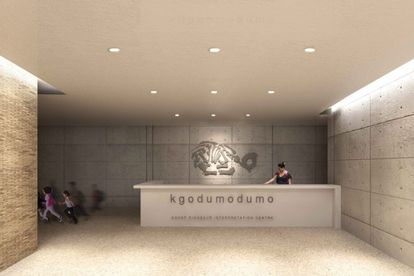 The Dinosaur Interpretive Centre is nearing completion in the area of the oldest known nesting grounds. Photo: mashabanerose.co.za

The Dinosaur Interpretive Centre is nearing completion in the area of the oldest known nesting grounds. Photo: mashabanerose.co.za

After three years, the Dinosaur Interpretive Centre in the Free State is nearing completion.

The Dinosaur Interpretive Centre is based in Gate Highlands National Park

The Centre is based at the Golden Gate Highlands National Park in Clarens. The building was commissioned by SANParks and costs around R83.5 million. Its design has unique aspects including exterior patterns that resemble dinosaur scales.

The Centre is set to be an interactive museum. It will also serve as a scientific research station with the aim of preserving the remains of the archaeological site where one of the oldest known dinosaur nesting grounds was discovered.

In 2012, an excavation site unearthed the 190-million-year-old dinosaur nesting site of the prosauropod dinosaur Massospondylus.

Construction began in 2019 but delays were caused by the pandemic

Although construction of the site began in 2019, practical completion of the centre was reached in March 2022. The COVID-19 pandemic played a role in the delays but the company responsible for the construction, GVK-Siya Zama, handed the building over in March.

Since then, additional work has been ongoing on the interior of the building, reports Business Insider.

In related news, it was reported that dinosaurs have captured people’s imaginations more than any other ancient creatures. These reptiles – some large, some small; some carnivores and others herbivores – rose and dominated the world’s landscapes for more than 135 million years during a period known as the Mesozoic.

Today, fossils can be found in many parts of the world, contained in rock successions. These are a series of strata or rock units in chronological order.

South Africa and Lesotho’s main Karoo Basin, for example, contains plentiful dinosaur fossils in the rock succession that formed between 220 million and 183 million years ago during the Late Triassic-Early Jurassic period. Read the full story here.