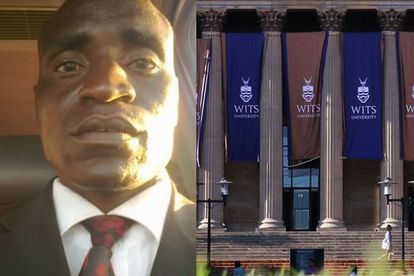 Wits PhD student killed himself after his expired study permit was not renewed by Home Affairs so he cannot study in 2022. Photos: LinkedIN and Facebook

Wits PhD student killed himself after his expired study permit was not renewed by Home Affairs so he cannot study in 2022. Photos: LinkedIN and Facebook

PhD student Philip Chuma took his own life this week after he could not register for the 2022 academic year at the University of the Witwatersrand. The Zimbabwean national was in the country on a study permit that expired at the end of November that he was trying to renew.

A FIGHT WITH HOME AFFAIRS

In November last year Cabinet took the decision to not renew Zimbabwean Exemption Permits leaving over 180 000 Zimbabweans in the lurch. The foreign nationals were given 12 months to apply for other permits – such as working or student depending on personal requirements.

Civil rights lobbyists, activists and Zimbabweans were outraged and took the government to court but were unsuccessful.

Home Affairs required a Letter of Good Cause that was submitted by Chuma for processing. The student had been cooperating with the government entity, however, his efforts were in vain.

This allegedly left Chuma distressed as he languished for months without a permit to pursue his life’s work. Wits could not register him as a student due to his lack of the required paperwork.

According to university representatives, he had been in constant contact with his academic supervisors regarding the matter.

CHUMA A DEDICATED STUDENT AND EDUCATOR

In a notice to Wits students, the university described Chuma as a dedicated PhD student at the School of Education for the last five years.

He had secured a Teaching Assistant bursary and helped with marking

According to the bio of his LinkedIn profile, the PhD student had a research interest in the Transition of Newly Qualified Teachers into the teaching profession.

He was also tutor in Critical Thinking, Sociology, Psychology and Philosophy of Education and Teaching Assistant in Geography Teaching Methodology at Wits.

The university said it is assisting in the repatriation process of Chuma’s body to his homeland of Zimbabwe.