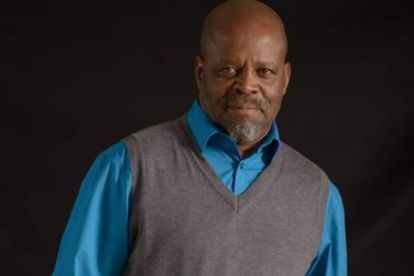 The Gender Commission of South Africa has become the latest to react with sorrow to the death of Patrick Shai. The veteran actor passed away on Saturday, 22 January 2022.

Shai boasts an illustrous career, having starred in several hit shows, including Soul City, Generations, Zero Tolerance and the SABC 2 comedy Moferefere Lenyalong. One of his most recent roles is as Jacob Moloi on 7de Laan, where he starred alongside actress KB Motsilanyane as her father, between 2017 and 2020.

As an advocate against gender-based violence, Patrick Shai has worked with the Gender Commission of South Africa. Shai has been open about his history as an abuser and how it has impacted his relationship with his family.

In a statement, the commission’s chairperson Tamara Mathebula expressed her condolences towards Shai’s loved ones.

“Ntate Shai was a compassionate hero of our struggle against gender-based violence who would use his artistic skills to ensure that the message gets across to his intended audience. It is through men like Ntate Shai that we are seeing a shift in the mindset among many men, and we shall continue in the same trajectory to eradicate the scourge of GBV”

Tamara Mathebula, Chairperson of the Gender Commission of South Africa

Shai’s passing comes just days after he made headlines for threatening violence towards Cassper Nyovest and the rapper’s mother.

Shai ended up apologising for his remarks following some backlash online, including from Cassper himself.

“I should have as an adult. My apologies, I humbly, from the bottom of my heart, apologise for having used such strong language towards your mom. Even though the challenge would’ve been an ideal thing but now it has been soured by what I said,” he said.