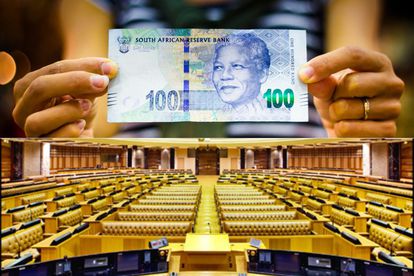 Parliament has come out in defence of the 3% salary increase for South African public representatives. Photo: parliament.gov and Yoann JEZEQUEL / Flickr

Parliament has come out in defence of the 3% salary increase for South African public representatives. Photo: parliament.gov and Yoann JEZEQUEL / Flickr

The 3% pay increase for MPs, deputy ministers and ministers has been DEFENDED by Parliament.

Speaking about South African public representatives, the national legislature said they were not highly paid. This came after the pay was benchmarked against international counterparts.

Last week, President Cyril Ranmnaphosa accepted the pay increase for the salaries of politicians and other government officials by 3%. These approved increases for MPs, deputy ministers and ministers will also see Ramaphosa’s money go up.

The President’s salary will increase from R2.9 million to more than R3 million. Public and labour unions are far from impressed by these increases and have made their thoughts on the matter public.

In response to this public outcry, spokesperson for Parliament Moloto Mothapo said it was important that public representatives were ‘fairly remunerated’. He spoke about the pay being consistent with these representatives’ responsibilities in terms of the Constitution.

Mothapo explained that South African MPs are not allowed to take any other paying job outside of their work in Parliament, this is unlike other countries, reports EWN.

“For instance, there is a total of 341 parliamentarians (minus ministers, deputy ministers and deputy president) in the National Assembly who are responsible for oversight over state institutions constituted of hundreds of thousands of employees, including high-ranking executives,”

Previously, it was reported that President Cyril Ramaphosa announced that public office bearers would receive a 3% pay increase. This includes premiers and their MECs, members of the executive, judges, chapter nine institutions and traditional healers. The Congress of South African Trade Unions (Cosatu) has slammed the news of the salary increases.

Cosatu stated that the 3% increase to the already high salaries will compound existing inequalities.

Cosatu Parliamentary Coordinator Matthew Parks said that the public office bearers made the argument that inflation is eroding their salaries and eating into their pensions. While he believes that is a fair statement, he added that the same politicians imposed wage freezes on nurses, police officers, teachers and other public service workers. Read the full story here.