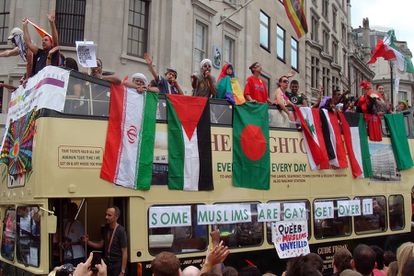 Cape Town is known for its fair share of eccentricity, but when a so-called Open Mosque opened its doors earlier in September in the suburb of Wynberg, some of the locals did not take too kindly to its focus on contemporary values pertaining to equality (in the Western understanding of the term).

Numerous Cape Town Muslims took to the streets outside the mosque to protest its opening, saying that they don’t want women to worship alongside men, and that they particularly take offence in the Open Mosque’s integration of gays and lesbians. There were reports of access being barred by agitated locals on the first Friday (Islam’s holy day) since the opening of the place of worship, to prevent prospective worshippers and curious minds from entering. Reports of vandalism are also beginning to amass, while the Muslim Judicial Council (MJC) of South Africa even went as far as telling Muslims to refrain from attending the new Open Mosque, effectively deeming it un-Islamic.

But the founder the Open Mosque, Taj Hargey, says that his Open Mosque is here to stay. Despite facing personal threats himself, Hargey remains confident in the future of his organisation, while confirming that any kind of bullying and aggression will be deferred to the authorities.

“We have asked police to investigate and if we do find them and are able to identify them then certainly we will pursue them through the courts of law and expect that South African criminal justice to act against these people that commit illegal action and illegal threats.”

Hargey distinguishes his centre from other mosques, saying that it is a community centre that is also a house of God. Hargey rejects notions of sectarianism and welcomes Muslims and even non-Muslims from all walks of life  at the Open Mosque, saying that it is a place where all people are treated equally. He emphasises that the Open Mosque focuses on the teachings on the Quran only, while rejecting all other theological principles in Islam, which do not stem from the Quran itself. The integration of gays and the praying of men and women alongside each other seem to be the two chief issues that Hargey’s adversaries seem to take offence in, but the leader is .willing to put a fight.

In his view, his mosque helps to promote Islam instead of damaging it. Hargey says that he wants to dispel “man-made lies”, with a firm emphasis on “man”, referring to the role of patriarchy in the world’s second largest religion. Hargey says that Islam has been hijacked by a “theological monopoly” that he likens to the mafia. But his adversaries believe that Islam should not be doctored with, resting reassured that it is practised as it is intended to be, proven not only by various theological verses coming from diverse sources but also by the devotion of millions of Muslims throughout the world to live and worship in the same fashion as they have for over a millennium.

Taj Hargey is not the first Capetonian Muslim to address the dilemma of warring interpretations of Islam. There are many Muslims throughout the world today, who suffer disproportionately in a bid to reconcile their clashing identities – especially in the gay and lesbian community. Hargey’s Open Mosque is coincidentally located on the same street as another controversial community centre serving Cape Town’s marginalised Muslims; the Inner Circle is one of the world’s few Muslim organisations dedicated to purposely serve homosexual Muslims – “a global Muslim community free from discrimination based on religion, sexual orientation and gender identity.”  A lengthy feature on the group’s leader, Imam Muhsin Hendricks, on TheSouthAfrican earlier this year attracted a fair share of attention internationally, with orthodox views once again clashing with more moderate commentators and hate speech filling up the website.

“I’ve been through such struggles trying to reconcile my religion with my sexuality. I saw other people who didn’t have such tools to reconcile. So I wanted to provide others with tools to make sure that they don’t get into drugs or commit suicide or lose themselves in any other way.”

Hendricks and Hargey keep good relations and have worked together in the past, but are not affiliated with each other’s causes directly. But for those who want to reconcile Islam with contemporary values and abandon long-established gender roles prescribed to the majority of Muslims, either of their messages spread hope amid great opposition. In this endeavour, Hendricks and Hargey seem to share a similar vision, and while their causes may be related in spirit it is still a long way to go until minority Muslims, whose identities go beyond the gender-normative views of many practitioners of the religion, will be welcome amid the fold of Muslims.

Read our interview with Imam Muhsin Hendricks: “I am an imam, but I’m also gay. And I’m prepared to die for this”