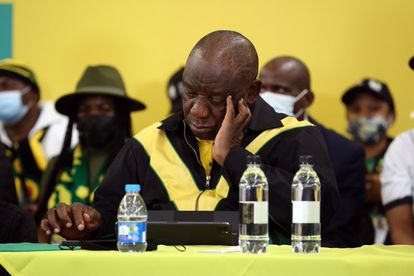 An online petition has been launched pleading for President Cyril Ramaphosa not to resign.

The petition comes as South Africans are waiting with bated breath to find out whether Ramaphosa will resign after the Section 89 independent panel found that he violated the oath of office and some laws regarding the theft of foreign currency at his Phala Phala farm in 2020.

The petition, which calls for Ramaphosa to continue with his work as Head of State, was launched by Bram Hanekom.

Hanekom said that South Africans from all walks of life know that he has done incredible work in reducing corruption, stabilising the economy, attracting investments, and strengthening institutions.

He further said they know Ramaphosa has been under attack by Arthur Fraser (who blew the whistle on the theft at Phala Phala) and a group of people implicated in the state capture report.

“We are aware of their agenda, and we cannot allow you to fail against them. We know there is a panel report that says you MAY have a case to answer, this is not a charge, and it is not a conviction. We urge you to seek a review of it as there are weaknesses and many questions about the report,” he said

“Please don’t resign but rather allow processes to continue, investigations and enquiries…Mr. President, we still need you and hope you will heed our calls,” he added.

The petition which has been signed by over 2400 people further called upon the NEC of the ANC to stand by and protect Ramaphosa “from the corrupt who want him removed.”

WHAT WERE THE FINDINGS OF THE SECTION 89 PANEL?

The panel said one of the troubling features about the source of the stolen foreign currency is that the theft was never reported to the South African Police Service (SAPS) for investigations as an ordinary crime. Nor was the theft reported under section34(1) of PRECCA (Prevention and Combating of Corrupt Activities Act 12 of 2004).

It further said that there is substantial doubt about the legitimacy of the source of the currency that was stolen and that this is a serious matter which if established, renders the violation of section 96 of the Constitution and PRECCA, a serious violation, and a serious misconduct.

The panel said that the information presented to it, prima facie, establishes that:

ALSO READ: Will Ramaphosa also queue for a SASSA grant if he resigns?