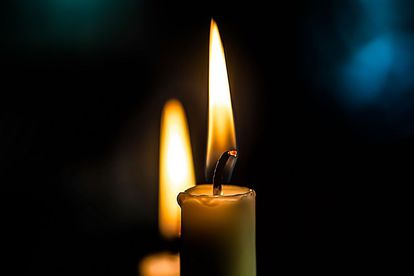 South Africans should brace themselves for more load shedding as Eskom has announced it will be implementing stage 2 of the rolling blackouts continuously until further notice. The embattled power utility says it will begin with its latest bout of load shedding from Friday, 2 December 2022, at exactly 16:00 – so check your schedules as soon as you can.

According to Eskom spokesperson Sikonathi Mantshantsha, several generating units at some of its power stations broke down, making the implementation of stage 2 load shedding necessary.

“Owing to the breakdown of six generating units at five power stations, the need to conserve emergency generation reserves, as well as the delay in returning to service numerous generating units, Eskom will implement continuous Stage 2 loadshedding from 16:00 until further notice. Eskom will publish a further update as soon as there are any significant changes,” he said.

Mantshantsha said a generating unit each at Duvha, Grootvlei, Hendrina, Majuba and two units at Arnot Power Station, were taken offline for repairs over the past 24 hours.

“The delay in returning to service two generating units at Camden and one unit each at Arnot and Duvha power stations contributed to the capacity constraints. A generating unit each at Kriel and Matla power stations were returned to service during this period. As previously communicated, due to the depletion of the budget to acquire diesel for the Open Cycle Gas Turbines, Eskom has been forced to strictly conserve the fuel for the direst of emergencies”

Eskom COO Jan Oberholzer had earlier said the rolling blackouts will likely continue for next few months as a unit at Koeberg power station will undergo scheduled maintenance from December 8 until June next year.

“Unit 1 of the Koeberg nuclear power station, which has enjoyed 384 days of uninterrupted supply, will be shut down for normal maintenance and refuelling, and the replacement of the three steam generators as part of the long-term operation to extend its operating life,” he said.