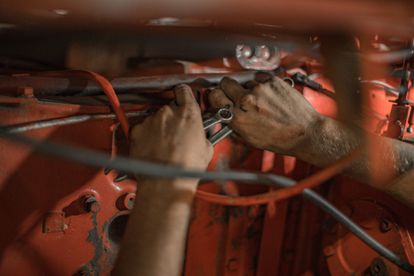 A 34-year-old mechanic was arrested by Mpumalanga police over the weekend. Photo: Unsplash.

A 34-year-old mechanic was arrested by Mpumalanga police over the weekend. Photo: Unsplash.

A 34-year-old mechanic from Mpumalanga was arrested for driving his client’s car without consent. He reportedly refused to return the vehicle to its rightful owner and demanded thousands of rand above his initial quote.

South African Police Service (SAPS) spokesperson Brigadier Selvy Mohlala said a complaint about a mechanic that refused to return a victim’s vehicle was made on Sunday, 13 February.

“Reports further stated that the victim’s car had an engine fault and she then took her Chevrolet Aveo to the mechanic to be fixed where she paid an amount of R800,” said Mohlala.

When the woman asked the mechanic to return the car he told her he was still working on the car and allegedly demanded she pays another R6000.

The victim insisted he return the car but the mechanic refused. According to the police, he was spotted “gallivanting around Moloto” in the vehicle without the victim’s consent, which is when she reported the matter to the police.

The Kwamhlanga police opened a case of driving a motor vehicle without the owner’s consent and the mechanic was apprehended. He was expected to appear before the local magistrate’s court on Tuesday.

“It is possible that the mechanic might have taken advantage that the complainant is a woman and has little knowledge about vehicles.

“This tendency must stop now. I further request others to report incidents of this nature and not to allow anyone to abuse them directly or indirectly,” said the provincial police commissioner Lieutenant-General Semakaleng Manamela.

READ: ‘No fear, no favour’: City of Tshwane disconnects SARS and SAPS HQ