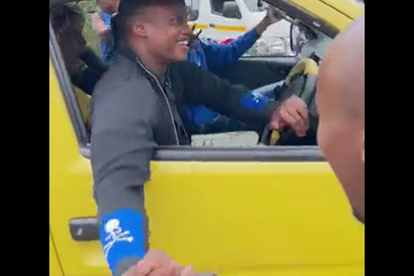 Well, if you’re going to arrive at your first-ever election victory, you do it in style. Duduzane Zuma was officially made the ANC branch chairperson of Ward 11 in eThekwini on Thursday – and he made a racket to celebrate.

The region, based in the Newlands East part of Durban, will now have the son of Jacob Zuma presiding over its political matters for the foreseeable future. Duduzane had started his campaign for power back in July, and after successfully lobbying the locals, the former Gupta associate will look to follow in his father’s footsteps.

Duduzane Zuma boasts a good rapport with the younger members of the Ward 11 community, who see him as a representative of the ANC’s ‘radical economic transformation’ faction.

It’s also quite possible that, in time, Duduzane could emerge as a serious contender for the presidency – potentially coming up against Cyril Ramaphosa, and giving us a political narrative straight out of a soap opera.

It’s been almost four years since Ramaphosa replaced Jacob Zuma as the head of state, and the bad blood has bitterly flowed ever since. Zuma Jnr has made no bones about his ambitions, and over the past 18 months, he has expressed a desire to lead South Africa and help ‘revive’ the ANC.

If his support in Durban is anything to go by, the kid might have a chance. His arrival at the Newlands East Community Hall was a raucous affair, and DZ himself caused an almighty scene. He pulled through the gates in a packed yellow taxi, hooting and hollering in equal measure. The carnival atmosphere was also present inside the venue…