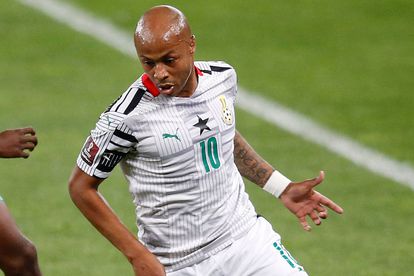 Why use one adverb when you can go for eight instead? The EFF’s Floyd Shivambu has been revelling in Ghana’s misfortune, after they crashed to a humiliating defeat against minnows Comoros.

The majority of Bafana Bafana fans were over the moon as they witnessed Ghana fall 3-2 to Comoros and exit the Africa Cup of Nations (AFCON) tournament on Tuesday. With the scoreline at 2-2 and Ghana looking likely to win it, Ahmed Mogni broke their hearts and completed his brace, to hand Comoros the famous win.

In November 2021, Ghana beat Bafana Bafana with 1-0 following a controversial penalty that was awarded by Senegalese referee Miguette N’Diaye. The result saw Bafana Bafana fail to qualify for the 2022 FIFA World Cup finals in Qatar while Ghana advanced to the final round of the qualifiers.

Karma for the World Cup farce?

And, judging by the Tweets coming from our domestic sports fans, many feel that this result was the universe dishing out some well-timed karma. South Africa tried to get their match against Ghana replayed, but ultimately failed – and their route to the World Cup was cruelly blockaded.

Ghana also finished bottom of their group, following a dismal campaign. They failed to shine during their first three games, and paid the ultimate price against a Comoros team that defied the odds to register an historic victory.

But, however happy any of us were, we’d have a hard time matching the jubilation felt by Floyd Shivambu. The Deputy Leader of the EFF gleefully poured scorn on Ghana, bidding them ‘good riddance’ from AFCON while using a litany of terms to describe their controversial passage to Qatar 2022…