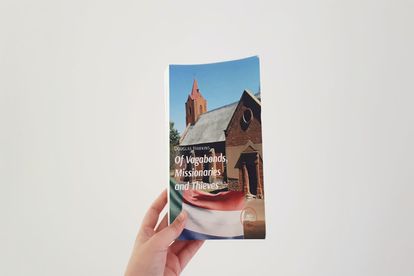 After almost a decade, South African author Douglas Hawkins returns to the book scene with an incredible adventure story that is a South African version of a Western.

Filled with colourful and interesting characters, a wonderfully tense storyline and captivating writing, Of Vagabonds, Missionaries and Thieves invites readers back to the complex landscape of the 19th-century Boer Republic of the Transvaal and is the perfect book to sink your teeth into this holiday.

It is also the perfect gift for any bookworm father or grandfather — they will love it!

‘Of Vagabonds, Missionaries and Thieves’: Tale of greed, corruption and hunger for power

Set against the background of the rolling savannah and grasslands of the African Highveld, this story lucidly captures the characters as they fall foul of each other in this tale of greed, corruption and hunger for power.

While there are many characters and a lot of political storylines and developments to keep track of, which can seem daunting, it makes the story, as a whole, more historically accurate – a critical element in historical fiction.

Hawkins, however, takes the history of this period, with all its nuances and complexities, and combines it into one, big, larger-than-life story.

One of the best elements of this book, and of Hawkins as a writer, is that the stories centre on the voices which were ignored for so long. With a focus on the marginalised people and cultures of the ever-changing South Africa of the 19th century, Hawkins captures something of the beautiful, yet dangerous country of this time.

‘Of Vagabonds, Missionaries and Thieves’: Synopsis

Set in the 19th-century Boer Republic of Transvaal, the Boer Dirk van Zyl leads his band of vagabonds in raids on African villages, capturing children to be traded for cattle and sold into labour on the Boer farms.

A missionary, Albert Nachtigal, strives to save his mission station from losing Christian converts to a successful African preacher.

A notorious thief, Msuthu, acting undercover as bodyguard to an African king, is the secret middleman in trading children between the vagabonds and corrupt officials of the Boer republican government.

Albert Nachtigal abhors the trade but, in his efforts to thwart the success of the African preacher, the politically naïve missionary falls under the spell of power-hungry Boer politicians seeking to expand the trade, inadvertently leading the republic into war.

Of Vagabonds, Missionaries and Thieves is a startling novel about two African kingdoms, a fledgling Boer republic and a war that brings about the beginning of the end of the shocking child trade in Southern Africa during the 19th century.

Douglas Hawkins was born in Germiston, South Africa, where he lives today. Shortly after he was born, the family moved to the Kingdom of Swaziland (today Eswatini) where he spent his formative childhood years before returning to South Africa.

Following his retirement from the corporate world, he has pursued his passion for the multifaceted histories and cultures of the people of South Africa, and the wide diversity of the country’s fauna and flora, geology and geography.

He is a qualified field guide and a South African National Guide in history and culture. He has travelled extensively around South Africa, western Zimbabwe, southern Zambia and northern Botswana. His writings have focused especially on the 19th-century Anglo-Zulu and Boer-Pedi battlefields, narrated from the viewpoint of the Zulu and Pedi nations.

Of Vagabonds Missionaries and Thieves is the author’s second novel. His first book, My Brother’s Keeper (second edition published in 2014) is a factually and culturally accurate portrayal of the first month of the Anglo-Zulu war of 1879, written solely from the Zulu standpoint.

Of Vagabonds, Missionaries, and Thieves is published by Europe Books and is available at Exclusive Books.