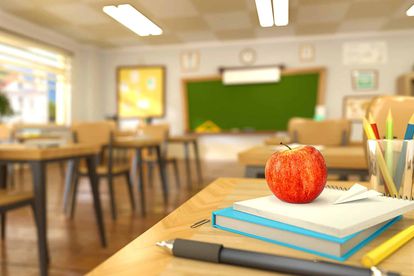 The National Student Financial Aid Scheme (NSFAS) on Wednesday 19 May 2021 confirmed that a total of 1 263 671 students have been assessed as eligible for funding.

Addressing the media on Wednesday, NSFAS Board Chairperson Ernest Khosa said 712 428 first time entry students and 551 243 continuing students were found eligible for funding, with an additional 323 445 for Technical and Vocational Education and Training (TVET) colleges and 940 226 at universities

Strategy for ‘turning around’ the scheme

The board met on Tuesday at the scheme’s head office in Cape Town to introduce itself following its appointment back in January, and to share its strategy for “turning around the organisation”.

The board pledged its commitment to cooperating with the committee, while Khosa highlighted several operational challenges yet to be addressed. Khosa also noted the group’s achievements and said the focus going forward should be on student experience.

Some of the challenges yet to be addressed includes student funding shortages, negative audit outcomes and dealing with systems which “are not fully responsive to the core business of the organisation”.

In addition, the board will focus on a student centred model as delays in funding decisions, appeals processing, disbursements, weak queries resolution mechanism, etc, works to a disadvantage.

The board will also be dealing with an “organisational structure that is not aligned to student-centred model, as well as lack of consequence management, lack institutional performance management”.

On the topic of student funding, Khosa said the group will support the work of Higher Education and Training (DHET) in assessing funding mechanisms while developing a fund-raising strategy.

“On student cantered model, we have commissioned an application system and process that will make real-time funding eligibility decisions; appeals will be immediate for new students and for continuing students a new appeal portal will be introduced in the second semester which will assist in timely decision making”.

Khosa added that the board will be “exploring some funding policy issues”, and that it “initiated the process of reviewing the organisational structure to align to the student-centred model, which should take approximately three months to complete.

This follows after the Auditor General’s (AG) findings on the National Student Financial Aid Scheme’s (NSFAS) annual report confirmed that the group reportedly incurred R50.1 billion in irregular expenditure during the 2019/2020 period.

Approximately 440 000 ‘irregular’ student records and an undisclosed number of ‘ghost students’ had been funded, evidence of “syndicated fraud and corruption”, according to Minister of Higher Education Blade Nzimande.

“This evidence was handed over to the law enforcement agencies, and some of the NSFAS staff members were arrested. I have also established a Ministerial Task Team (MTT) to assist in the review of the core business processes and systems of NSFAS, with a view to informing the work of the entity into the future”.