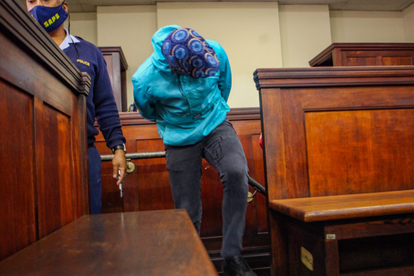 The NPA intends to deny an accused child rapist bail until the end of the trial. Photo: Image: Getty Images

The NPA intends to deny an accused child rapist bail until the end of the trial. Photo: Image: Getty Images

The National Prosecuting Authority (NPA) is bent on seeing an accused child rapist remain behind bars until the start of his trial.

After numerous postponements, Aobakwe Johnny, 26, appeared in the Jan Kempsdorp District Court in the Northern Cape for a formal bail application on Wednesday. He faces a charge of rape.

‘Granting bail would be a travesty’ – NPA

It follows his last appearance on 9 May. Here, he told the court that he would apply for bail at his next hearing. He was also sure to inform the court of his intention to bring two witnesses.

The court heard that Johnny allegedly raped an eight-year-old girl in Masakeng near Jan Kempsdorp on 1 March. After intensive investigations, police arrested the suspect on 10 March, appearing in court a day later.

NPA spokesperson Mojalefa Senokotsoane said the accused, who fired his previous lawyer, faces a serious charge and granting bail would be a travesty of justice.

Man gets 17 years behind bars for raping elderly woman

Meanwhile, the Prieska Regional Court in the Northern Cape sent out a strong message by handing an accused rapist and house burglar mandatory sentences for his crimes on Tuesday.

This comes after the court ordered Fabian Phooko, 39, to spend 17 years behind bars – 12 years for rape and five years for housebreaking and theft. However, the sentences will not run concurrently.

In South Africa, the minimum discretionary sentence for rape ranges from 15 years for a first offence. The court imposes 20 years for a second offence and 25 years for a third or subsequent offence.