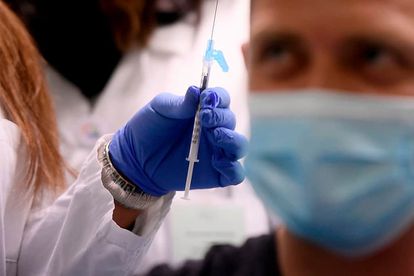 Amid a runaway pandemic and despite the Covid-19 death count in the US rapidly accelerating, Forbes reports that an alarmingly high percentage of healthcare professionals and frontline workers —who have been prioritized as early receipts of the coronavirus vaccine—are hesitant or outright refusing to take it.

A recent survey by the Kaiser Family Foundation found that 29% of US healthcare workers were hesitant to receive the vaccine, citing concerns related to potential side effects and a lack of faith in the government to ensure the vaccines were safe.

Frontline workers in the United States are disproportionately Black and Hispanic, reported Forbes, and a study published by The Lancet found “healthcare workers of color were more than twice as likely as their white counterparts” to test positive for the coronavirus.

Ohio Governor Mike DeWine said he was “troubled” by the relatively low numbers of nursing home workers who have opted to take the vaccine in his state, with about 60% of nursing home staff declining the jab.

Dr. Joseph Varon, chief of critical care at Houston’s United Memorial Medical Center, told NPR last month that more than half of the nurses in his unit had refused the vaccine.

The Los Angeles Times reported Thursday that hospital and public officials in Riverside, California have been forced to figure out how best to allocate unused doses after an estimated 50% of frontline workers in the county refused the vaccine.

Fewer than half of the hospital workers at St. Elizabeth Community Hospital in Tehama County, also in California, were willing to be vaccinated, and around 20- 40% of LA County’s frontline workers have reportedly declined the opportunity to take the vaccine.

Dr. Nikhila Juvvadi, the chief clinical officer at Chicago’s Loretto Hospital, said a survey was administered in December, and 40% of the hospital staff there said they would not get vaccinated.

Skepticism fuelled by lack of transparency

According to a Pew Research Center poll published in December, vaccine skepticism is highest among Black Americans, as less than 43% said they would definitely/probably get a Covid-19 vaccine, Forbes reported.

Dr. Juvvadi told NPR that “there’s no transparency between pharmaceutical companies or research companies — or the government sometimes — on how many people from” Black and Latino communities were involved in the research of the vaccine.

Dr. Varon added that “the fact that Trump is in charge of accelerating the process bothers” those individuals who refuse to be immunized, and “they all think it’s meant to harm specific sectors of the population.

In an op-ed published in the New York Times earlier this week, emergency physicians Benjamin Thomas and Monique Smith wrote that “vaccine reluctance is a direct consequence of the medical system’s mistreatment of Black people” and past atrocities, such as the unethical surgeries performed by J. Marion Sims and the Tuskegee Syphilis Study, and best exemplifies “the culture of medical exploitation, abuse, and neglect of Black Americans.”

“I’ve heard Tuskegee more times than I can count in the past month — and, you know, it’s a valid, valid concern,” said Dr. Juvvadi.

In early December, government officials said they were looking to have 40 million doses available by the end of 2020, which would be enough to fully vaccinate 20 million Americans.

However, according to the Centers for Disease Control and Prevention (CDC), Forbes reported, less than 3 million Americans have received the first dose of the vaccine, with 14 million doses distributed.