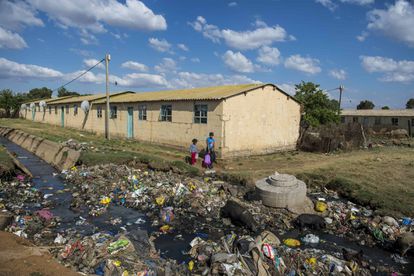 In what is yet another sorry twist to the multitude of crises engulfing the Emfuleni Municipality, Gauteng MEC for Cooperative Governance and Traditional Affairs (COGTA) Lebogang Maile recently announced that the initial team of administrators “were not up to the job” and had to be replaced.

The Emfuleni Municipality was placed under administration in June 201 – due to major economic, financial and service delivery problems – and a new team, led by Arbeto Martins, has subsequently been appointed.

Maile said the new team was tasked with focusing on three areas, supply chain management, finance, along with infrastructure and service delivery.

The municipality, which sprawls along the north bank of the Vaal River near Vereeniging, is one of Gauteng’s most densely populated areas, with Sebokeng, Evaton, Sharpeville, and Boipatong townships lying within its boundaries.

In October, the portfolio committee on co-operative governance and traditional affairs (Cogta) said the municipality was “dysfunctional and showed no signs of improvement” in the wake of an investigation that revealed a lack of procurement oversight and failed financial controls.

It’s also been plagued by a series of multi-million rand corruption scandals.

The opposition Democratic Alliance (DA) has instituted a petition, calling on President Cyril Ramaphosa to declare the Emfuleni Municipality a disaster area.

“It is remarkable that the Gauteng Provincial Executive Committee would place Tshwane under administration and dissolve its council while in the same breath they have hopelessly failed to act decisively on  Emfuleni which on any reasonable scale, is in a far worse situation than the country’s capital,” he noted.

Once the industrial heartland of  Gauteng,creating wealth and employment for communities in Sebokeng, Vanderbijlpark, Vereeniging and Sharpeville, has “totally collapsed,” Kleyhans added.

The Gauteng government intervened in Emfuleni in June 2018 with a financial recovery plan introduced in September 2018.

Maile maps out the milieu

“One of the biggest challenges to the municipality’s financial viability and sustainability is the issue of historical debt to large creditors such as Eskom and Rand Water,” said MEC Maile.

Emfuleni owed Eskom R3.2 billion at the end of January, said Maile, with R2.7 billion of the Eskom debt older than 90 days.

This is followed by the R1.3 billion it owes Rand Water.

Payment arrangements have been made with some of the larger creditors, according to Maile.

In November last year, it emerged that residents in Sebokeng’s Zone 7 near Vanderbijlpark had not had water for three weeks.

They say they’ve had almost no communication from the Emfuleni Local Municipality about what the problem could be, but the water cuts were prompted by Emfuleni’s R1.2 billion outstanding water bill to Rand Water.

This as Sharpeville residents detailed how they have now been forced to live with piles of garbage and deepening potholes due to the collapse of service delivery in the Emfuleni municipality.

Residents said refuse collection has not been taking place since November, leaving them with no choice but to dump their waste in open fields nearby.

At risk of having electricity licence withdrawn

At the beginning of February 2021, Moneyweb reported that the embattled municipality which owes Eskom R3.2 billion is at risk of losing its licence to distribute electricity.

Electricity sales form one of the biggest sources of income for municipalities and if Emfuleni loses the right to do it, other delinquent municipalities will be very concerned.

Energy regulator Nersa will on Thursday host a public hearing more than a year after business formations from the Vaal areas reliant on Emfuleni for power asked it to urgently address Emfuleni’s non-compliance with its licence conditions.

Energy regulator Nersa has also served Eskom with notice that it plans to sit as a tribunal to consider the application from the Vaal Triangle Services Forum (VTSF), which is supported by the local business chamber which includes big businesses like CBI Electrical, African Cables, DCD, Hall Longmore, M-Tec and Scaw Metals.

A Nersa tribunal has the power to fine non-compliant licencees as much as R2 million per day for as long as the non-compliance continues.

In the meantime, the VTSF has also joined a court application by Eskom for an order to compel Nersa to recover Emfuleni’s licence and award it to Eskom.

The forum has proposed an alternative – namely to force-amend Emfuleni’s licence with a condition that it appoints Eskom as its agent for electricity distribution.

Eskom would then collect the revenue, deduct its portion, and pay the rest to Emfuleni.

The forum says once Emfuleni is back on its feet, it could approach Nersa for the removal of such condition.

Eskom has been threatening for years to cut electricity supply to Emfuleni, but business was able to prevent this when it obtained an interdict against Eskom in 2018. In terms of the court order, big businesses have been paying their electricity bills directly to Eskom since then.

The court ordered Nersa to supervise the process.

‘Government is playing with our people’

A M&G expose documented how seemingly hopeless residents are wading through raw sewage to navigate their daily lives.

In one instance, Monica Ndakisa was reported as jumping onto bricks to avoid the sewage that “runs like a dark stain across the passage in her home.”

“We’ve lived like this for years,” she says pointing to one of the culprits: her blocked toilet, which causes sewage to pool into nearly every room of her home in Sebokeng hostel in the Vaal.

“The smell is too terrible.”

Her small garden is submerged in a sickly, grey sewage swamp. To stop the human waste from seeping inside, Ndakisa has built a concrete barrier at her front door. But it’s futile.

Ndakisa’s neighbour, Maphelo Apleni, has laid his own pipes to divert the stream of sewage from his garden.

“It never stops,” he told the publication.

Mziwekaya Mokwana pointed to a sewage-filled furrow clogged with litter where pigs are feeding.

“This is no better life,” he says.

In October 2020, the Department of Human Settlements, Water and Sanitation department said it would take at least another three years to minimise and eventually stop the sewage flowing into the Vaal River system.

It will cost about R2.2-billion “to have a sustainable impact on the Vaal River catchment within Emfuleni local municipality” it said in a presentation.

It states how “design treatment capacity is at its limit, housing development investments are delayed and there are negative environmental and health impacts”. Ageing infrastructure is to blame for sewage spillages, coupled “with a lack of operation and maintenance investment” as well as theft and vandalism.

But Maureen Stewart, the vice-chairperson of Save the Vaal (Save) told the M7G she was sceptical, saying there is no political will to tackle the crisis.

Stewart warns that it’s an ecological disaster that also affects agriculture and has serious health implications for people living above and below the Vaal Barrage Reservoir, which is 64km long and used to supply Johannesburg with water but is now too polluted to do so.

She says the Emfuleni municipality has been under Gauteng’s administration since mid-2018 and, despite promises, the status quo remains — unbridled sewage pollution of the Vaal River and Emfuleni.

Stewart said the Ekurhuleni Water Care Company (Erwat) was appointed to take over in 2019, given funding, and spent R179-million.