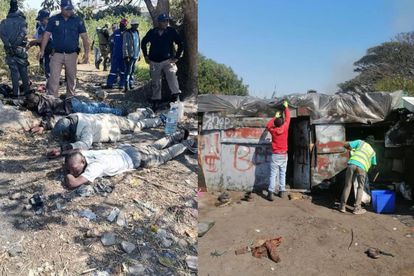 A no-nonsense approach to mushrooming shacks is the move being adopted by the Buffalo City Metro in East London.

NO-NONSENSE APPROACH ADOPTED BY THE METRO

This after a the Metro clamped down on mushrooming shacks in Quigney on Friday, 9 September.

The declaration of this no-nonsense approach stems from the latest increase of shacks in close proximity to the beachfront and East London CBD.

“Lately, the bushy areas around the Quigney beachfront and the East London CBD have seen illegal dwellers putting up temporary structures.”

A joint operation between the Metros Law Enforcement and the South African Police Services was conducted in the Quigney area.

The following was achieved:

This resulted in the arrest of five undocumented persons.

THE RISE IN CRIME TRIGGERED THE OPERATION

Metro spokesperson Samkelo Ngwenya said the Municipality was of the belief that the rise of crimes, particularly at night in the Quigney area was linked to these informal settlements.

“We have been in a constant battle to manage crime in this area, particularly cable theft, break-ins and vandalism. The people living in the bushes around the Quigney are definitely linked to such crimes because the extensive digging of our cables happens in the wee hours of the morning,” he explained,

He said the Metro was going to intensify such operations across other areas.

“We will not only target hotspot areas but everywhere where there is lawlessness.”

ALSO READ: Overflowing sewage, no electricity, one tap and two toilets for over 300 residents

He went on, “Our operations are running jointly from clamping down on spaza shops to raiding illegally connected areas and even on fully established restaurants”.

He said the focus on the Quigney was also linked to the influx of visitors which sometimes automatically attracts criminals.

“As we head towards the summer season, we are seeing the numbers of tourists and visitors picking up towards the beachfront and it is important that we send a strong warning to criminal elements that crimes will not be tolerated.”