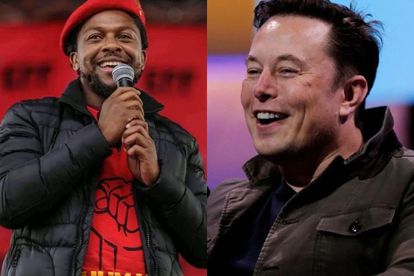 The EFF’s Mbuyiseni Ndlozi has fired shots at Twitter’s soon to be own Elon Musk.

The EFF’s Mbuyiseni Ndlozi has fired shots at Twitter’s soon to be own Elon Musk.

When Elon Musk successfully negotiated the deal to acquire Twitter he said he hoped his biggest critics would remain, in the interest of free speech. Well, the South African-born billionaire doesn’t need to worry about his homeland as the EFF’s Mbuyiseni Ndlozi woke up to the news and began firing shots.

TRUST IS A MUST BUT THE EFF HAVE NONE FOR MUSK

On Monday Twitter accepted the $44 billion (R690 billion) deal from the Tesla and SpaceX chief executive. Musk’s takeover began when he offered $54.20 a share, which valued the social media firm at $43.4 billion, in a filing dated Wednesday, 13 April with the Securities and Exchange Commission.

“Free speech is the bedrock of a functioning democracy, and Twitter is the digital town square where matters vital to the future of humanity are debated,” said Musk.

Mbuyiseni Ndlozi, the EFF’s commissar, woke up on Tuesday and chose violence as he went straight for the throat of Elon Musk, on Twitter no less.

Among his usual brand of wisdom that he spouts to the masses of followers he has accumulated he tweeted: “I don’t trust Elon Musk, period!”

Ndlozi’s ponderings about Musk’s intentions behind free speech were mirrored by others as hashtags began to trend about the world’s richest man on a platform he would soon own.

Analysis of Google search data has revealed that online searches for deleting Twitter in the United States exploded by a staggering 910% on Monday after confirmation Elon Musk had struck a deal to buy Twitter.

The sentiment was not limited to the USA only as an analysis of worldwide searches suggested that users’ disappointment with the takeover was consistent around the world.

Total global search trends, including all countries, saw an increase of 698% in searches for “delete Twitter”…READ THE FULL STORY