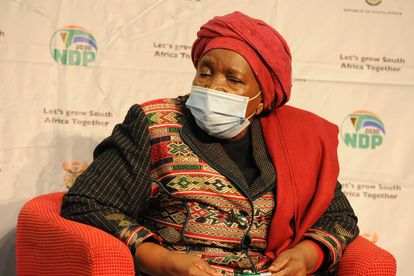 The DA are set to table an amendment to the Disaster Management Act in Parliament, altering the way lockdown laws are administered in the country. Should the opposition succeed in their campaign, it would remove the ‘absolute authority’ that rests with Nkosazana Dlamini-Zuma, and place it in the hands of MPs instead.

Could Nkosazana Dlamini-Zuma have her disaster management powers removed?

Cilliers Brink has been fighting for this amendment since last year. The Shadow COGTA Minister is unhappy that his opposite number remains essentially unchallenged when it comes to establishing certain regulations at each alert phase. Dlamini-Zuma has been previously chastised for announcing cigarette bans and changing the official definition of a beach.

The DA’s draft legislation remains open for comment, after it was published in the Government Gazette last week. The party is furious that Parliament gets no say in how lockdown laws are formulated – and they want this loophole closed:

“We’ll introduce draft legislation that limits the power of COGTA Minister Nkosazana Dlamini-Zuma to extend a national state of disaster and to issue lockdown regulations. The DA’s proposed amendments reflect the case we made in court against the constitutionality of Section 27 of the Disaster Management Act, and the remedies which we seek.”

“Regardless of whether or not we win this case, the issue has to be brought to the floor of Parliament. The aim of the bill is to close the loopholes for ministerial lawmaking and a command-style government.”

Brink and his colleagues are seeking a fundamental change to the way lockdown laws are implemented in South Africa. Their bill calls for three major changes, which all look to centralise any future decisions about COVID-19 regulations: