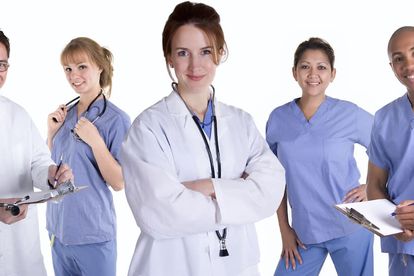 Business leaders, doctors and workers have vehemently rejected proposed changes to the Compensation for Occupational Injuries and Diseases Act which they fear will make it difficult for people to obtain healthcare if doctors have to struggle to receive payment from the Workmen’s Compensation Fund.

Injured Workers Action Group spokesperson Tim Hughes said at a media briefing this week that the problem with the proposed amendments in the Compensation for Occupational Injuries and Diseases Bill was that the Compensation Fund is “wholly dysfunctional” and the removal of the cession of invoices to third parties eliminated the only part of the fund’s value chain that works.  Under the proposed new legislation doctors and other healthcare providers will no longer be allowed to cede their invoices to administrators who currently pay their bills and then claim the payment back from the fund.

“Administrators have stepped in to help workers, medical providers and employers to work around the fund by making and paying claims,” he said. He said the amendments would mean every doctor, worker and employer would have to deal individually with the fund.

Hughes earlier said that historically administrators had taken the fund to court for non-payment of IOD claims and won every case, a scenario he alleged the government was trying to prevent.

Wits University health economist Prof Alex van den Heever said he believed banning the right to cession of IOD claims invoices was “unconstitutional” and would shift the economic risk from the Compensation Fund, onto medical service providers who are already struggling with the additional burden of COVID-19.  He said the historical weaknesses of the  fund would harm the rights of workers to social security.

Moira Wilson, a private practitioner whose practice is based at Milpark Hospital, which houses the largest private Level 1 Trauma unit in South Africa, and treats a high number of IOD patients, said the amendment would be “disastrous”.

“NEASA is particularly and vehemently opposed to the introduction of section 43 of the Amendment Bill. The reasons for this are simple; the Compensation Fund is, and has been for some time, structurally and operationally dysfunctional. This is evidenced by repeated qualified audits by the Auditor-General and a slew of court orders against the Compensation Fund for non-payment of claims.

“The Amendment will also paralyse the efficient manner in which contributing employers may exercise their right to claim from the fund and, ultimately, it will undermine the object of COIDA, which is to get injured workers proper healthcare and back to work as soon as possible,” says Papenfus.

“The amendment also has implications for employers who have a right to claim injured workers’ salaries or wages paid while on sick leave, from the fund. Two issues that are already problematic in the fund, are businesses that lose contracts because ‘certificates of good standing’ cannot be obtained from the fund due to maladministration, and medical practitioners who already refuse to treat injury on duty claims as a result of non-payment by the Fund. This amendment will only worsen the situation.”