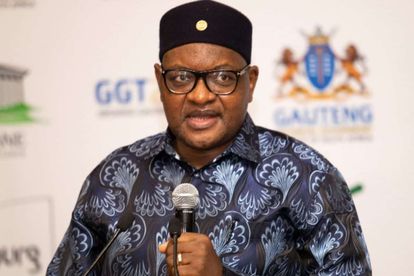 On Wednesday 2 December 2020, Gauteng Premier David Makhura announced new appointments within the Department of Health. The reshuffle, according to Makhura, has come in order to strengthen and support the department.

CORRUPTION IN THE GAUTENG DEPARTMENT OF HEALTH

Makhura said COVID-19 procurement malfeasance and corruption set the department back. He said the involvement of senior officials in irregularities in the procurement of goods and services, severely weakened the management structure of the Health Department.

“The Head of Department and the CFO have resigned while several other senior managers have been placed on precautionary suspension. The Gauteng Department of Health requires urgent intervention to strengthen its systems and processes,” he said.

Makhura said that after consultation with Minister of Health Zweli Mkhize, it was decided that an Intervention Team made up of experts and professionals with experience in the health sector, would be established.

The Intervention Team is made of multi-disciplinary experts that aims to ensure a seamless and well-integrated approach towards Responsiveness to Intervention (RTI) with its primary objective to improve departmental performance and drive the Gauteng Provincial Government response of COVID-19.

The nature of the support of the Intervention Team will be inclusive but not limited to the following functions:

The Intervention Team commenced its duties on 1 December 2020.

According to Makhura, members of the Intervention Team include;

Dr Nomathemba Mokgethi was appointed as the new Gauteng MEC for Health. Mokgethi will replace Bandile Masuku who has been accused of PPE corruption along with his wife, the president’s spokesperson Khusela Diko and her husband.