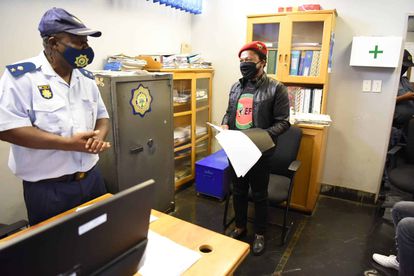 The EFF’s Mbuyiseni Ndlozi has officially filed criminal charges against Bheki Cele, after he accused the Police Minister of ‘defeating the ends of justice’ by interfering with an ongoing investigation. The party commissar went one step further on Monday, alleging that Cele of possibly being involved with PPE tender fraud himself.

The EFF is upset with Cele because the minister argued that the suspension of Lt-Gen Jacobs should not happen until the Inspector General’s report is given or submitted to him. In court papers filed with the North Gauteng High Court, it’s stated that the top cop tried to halt the ongoing investigation into PPE corruption.

Contracts for the gear – which is used to help prevent the spread of COVID-19 – were dished out to friends and relatives of government officials, sparking a ‘feeding frenzy’ of corruption. The inflated tenders ate into the R500 billion war-chest set aside to fight the pandemic, and even the president’s spokesperson was accused of getting her hands dirty.

Police Minister accused of having a hand in PPE corruption

“We are assured that the matter will be prioritised. We are also reporting Cele to the Public Protector. It’s a clear example of a politician trying to undermine an investigation into corruption. The Police Commissioner believes that the allegations are substantial, and the probe must proceed without the minister’s intervention.”

“We believe that Bheki Cele could also be directly involved in the illegal procurement of PPE, given his own criminal history. Those who benefited from the PPE scandal got rich quick. As the opposition, we must exercise our oversight. Once allegations of corruption have been made, they must be investigated without fear or favour.”

“Cele has come in the interest of protecting his friends. It’s a classic case of political interference.”

[WATCH NOW]: Commissar @MbuyiseniNdlozi says given the history of maladministration and improper conduct by Bheki Cele within the SAPS, it will not come as a surprise that Minister may very well be involved in the fraudulent acquisition of these PPEs. pic.twitter.com/dyaTmz40Kb